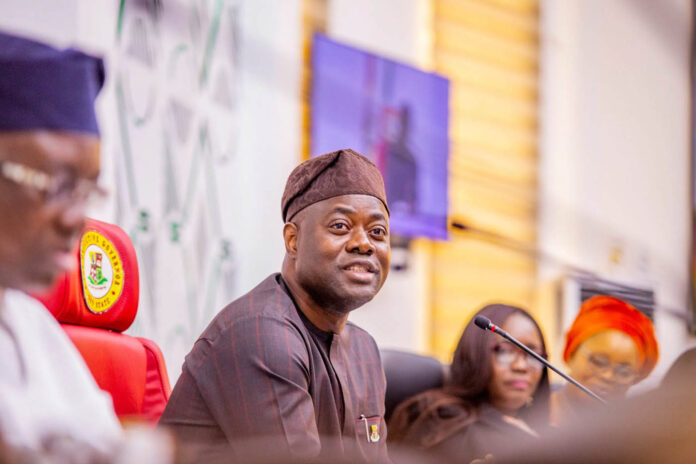 By David Adeoye
Ibadan, Aug 13, 2022 (NAN) The Oyo State Commissioner for Public Works, Prof. Daud Sangodoyin, says the allegations that state government is planning to destroy equipment of a road contractor is false.

Sangodoyin made the clarifications on Saturday, while briefing newsmen on the situation of things in respect of controversy trailing the construction of 32 kilometres Circular Road in Ibadan.

According to him, allegation that the state government is planning to destroy the equipment of ENL Consortium Company on the site is false.

The Chairman of ENL Consortium, Prince Adesuyi Haastrup, had alleged that his company, initially handling the road project, had uncovered plans by some elements to destroy its equipment on site.

Haastrup, in a statement on Friday in Ibadan, alleged that the state government was behind the move.

While dismissing the allegation, Sangodoyin said, “Craneburg is the new company contracted by the state government for construction of the 32 kilometres Circular Road.

“So, I don’t know who gave them false information that we wanted to destroy their property,” he said.

On allegation that the state government didn’t obey the court order stopping work on the project, he said state government had filed counter-affidavit against the order issued by an Abuja High Court restraining Craneburg Construction Company Ltd from working on the road project.

“It is true that ENL Consortium served notices to our lawyers and we went to court.

“But, on July 25, the state Ministry of Justice wrote us, based on the advice of the State Counsel that our contractor can go back to site, since we have filed counter- affidavit on the injunction.

“The authority cited by the state Ministry of Justice and our counsel stipulates that we can actually advise our contractor to start work.”

The commissioner said that the project awarded to the new contractor was a separate contract of bridges and interchanges on the stretch of the road after the termination of ENL Consortium contract.

According to him, bridges and interchanges project on the road was not part of the initial contract, which the previous administration awarded to ENL Consortium.

Sangodoyin recalled that the immediate past administration awarded the 32-kilometre East end wing of the 107 kilometres Ibadan Circular Road to ENL Consortium in 2017.

“But, it could only complete two kilometres out of 32 kilometres after the expiration of the duration agreed upon.

“Gov. Seyi Makinde encouraged the contractor to work on, so that perhaps, it would be able to finish the project.

Sangodoyin said that the new contractor would soon open the Lagos end of the road project “to enable it to start work on interchange one and Bridges Two and Three.

The News Agency of Nigeria (NAN) reports that ENL Consortium Ltd., was the construction company initially handling the project under the administration of the late Abiola Ajimobi in 2017 till 2020.

Makinde re-awarded the contract to Craneburg Company following which ENL Consortium approached the Federal High Court, Abuja, to seek redress over what it claimed to be breach of the concession agreement.

Justice Enobie Obanor of the Abuja High Court then granted the reliefs sought by ENL Consortium, issuing a restraining order against Craneburg Construction Company, the Oyo State Government and three others- Fadi Khalil, Mohammed Abdul and the state Attorney-General.(NAN)