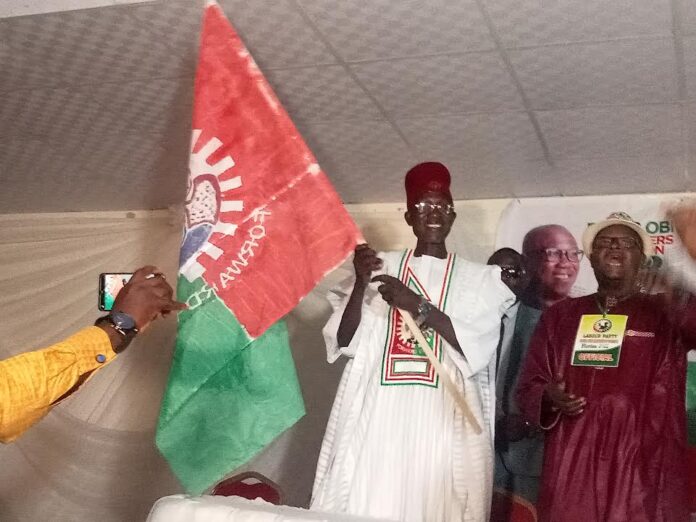 By Polycarp Auta
Jos, Aug. 13, 2022 (NAN) Mr Yohanna Margif, the governorship candidate of the Labour Party(LP) in Plateau, has dismissed claims that he had withdrawn from the race.
Margif affirmed his candidature in a letter by his counsel, Munir Abdullahi, addressed to the Chairman, Independent National Electoral Commission (INEC).
The letter made available to Newsmen on Saturday in Jos, described as “a sham and illegal”, a recent primary election allegedly held in Jos where his purported replacement emerged.
He maintained that he was the authentic candidate of the party ahead of the 2023 polls and distant himself from a primary election that produced Dr Patrick Dakum as his replacement.
NAN reports that on June 9, the party conducted a primary election at Retnan Hotel and Event Centre, Bukuru, Jos, where Margif emerged as its candidate.
But with the electoral law requiring him to withdraw his candidature before a replacement is sought, Margif declared that he had not written any letter to that effect.
According to him, he has not withdrawn from the race and has not authorised any person or group of persons to do that on his behalf.
He explained that after the primaries that produced him, a certificate of return was issued to him by the national chairman of the party which confirmed him as the authentic LP standard bearer in Plateau.
”We are, by this letter, notifying your commission that our client has not written any withdrawal letter or authorised any person to withdraw or substitute his name as candidate of the LP for Plateau 2023 governorship election in line with section 33 of the electoral Act 2022.
”We, therefore, wish to state that, having published the name of our client as the governorship candidate of the LP in Plateau for the 2023 general election, there is need for the party to strictly comply with provision of the Electoral Act 2022.
”In the event the party fails or neglect to comply with the provision of the Electoral Act 2022, we will have no option than to seek legal redress with its attendant cost,” the letter said.
NAN reports that Margif, in a recent press conference, declared that his emergence as the candidate had endeared many people into the LP, adding that a lot of people had defected to the party from other political parties.
He added that the alleged primary election held to produce another candidate was a waste of time and called on residents of Plateau to disregard it.
”I wish to state clearly that I have not, in any way, contemplated withdrawing from the 2023 governorship election and I will not withdraw from the race.
”I am in the contest to win and give Plateau people good governance that will enthrone development.
”I am not in the contest to withdraw, and the ticket of LP is not for sale. Those clamouring for it merely want to mislead gullible Plateau people and Nigerians because the slot is not vacant.”
The candidate alleged that there were threats to his life, saying that people desperate for the ticket had been after him.
Margif urged his supporters to disregard moves to substitute him, and disclosed that he would soon announce his campaign structures. (NAN)