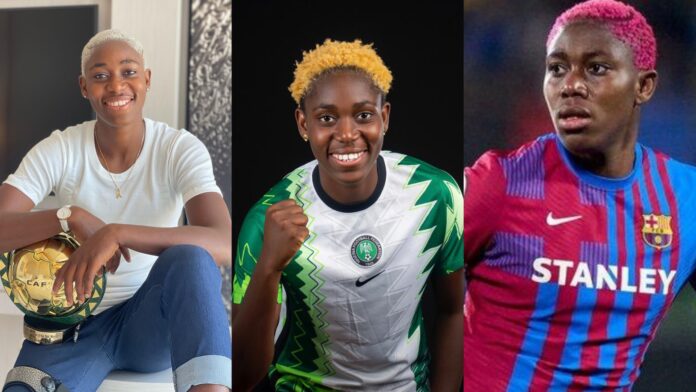 Super Falcons striker Asisat Oshoala has been nominated for the 2022 women’s Ballon d’Or following her stellar season with Barcelona Femini in the Spanish League.

Oshoala scored 20 goals in just 19 games to share the top scorer award with Geyse Ferreira who played for Madrid CFF last season but is now a teammate of Oshoala.

The 27-year-old’s game time was limited last season because of injury but she showed her quality in front of goal whenever she wasn’t injured as Barcelona retained their League title.

Lyon’s Ada Hegerberg won the maiden women’s Ballon d’Or back in 2018 while United States Women’s national team star Megan Rapinoe won the honours in 2019. The COVID-19 pandemic caused the 2020 ceremony to be cancelled.

The former FC Robo and Rivers Angels striker was part of the Super Falcons side that qualified for the 2023 FIFA women’s World Cup although her tournament was cut short by an injury she sustained against South Africa in Nigeria’s opening group game.