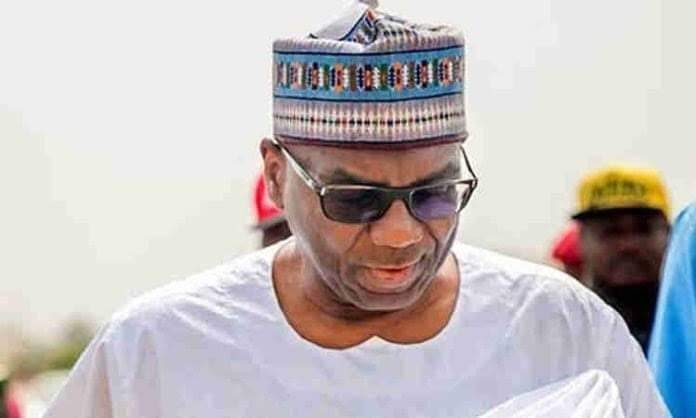 Ilorin, Aug. 9, 2022 The Kwara Government on Tuesday said Gov. AbdulRahman Abdulrazaq was not booed as reported in a video circulated on social media.
A statement issued by the Special Adviser, Political Communication, Alhaji Bashir Adigun, in Ilorin however described the video as an old one before the emergence of the governor.
Adigun recalled that it was recorded at an event held on Dec. 26, 2018, by the Ilorin Emirate Descendants Progressive Union (IEDPU) at the Emir’ s Palace, which was disrupted by thugs and supporters of former Senate President Bukola Saraki.
”Attached to the video (they tried to trend now) is a caption that the Governor was booed at Kwara State Polytechnic, which is false.
”No event took place in Kwara Polytechnic on Aug. 7, 2022, to warrant the Governor being there.
”The video was taken in 2018 at the annual event organised by Ilorin Emirate’s apex sociocultural body, the IEDPU.
”The Governor who was a candidate then, attended the event as a special guest of his home community association.
”It is well known that this riotous and disrespectful action by Saraki supporters and thugs was the last straw that caused the Saraki’s loss of every single elective seat in Kwara at the 2019 General Elections,” Adigun said.
He added that those who trended the video desperately meant to send the signal that an incumbent governor was being booed.
”That probably misled the wrong audience, because for the Kwara audience, the video did the opposite.
”It reminded them of the terrible old days when anyone who held different views was treated with contempt and harassed with thugs loyal to the deposed dynasty.
”The video reminds them of the dreaded dark days when respected Royalty and elders of the community were humiliated for daring to differ.
”It brought back memories of when opposition leaders were denied access to public places,” the special adviser said.
He however noted that the fake video came at a wrong moment in history as Kwara has enjoyed unprecedented peace and security during AbdulRazaq’s administration
”Members of the public are kindly urged to ignore the old video clip which is clearly one propaganda gone awry,” Adigun said.
NAN reports that the video showed AbdulRazaq being booed down from the stage with people shouting ‘thief’ before being whisked away by security men.