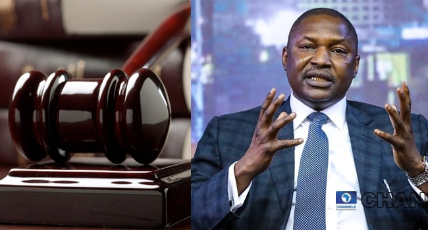 The Federal High Court sitting in Abuja has declared as illegal and invalid the unilateral amendment of the Rules of Professional Conduct (RPC) for Legal Practitioners in Nigeria by the Attorney General of the Federation (AGF) Abubakar Malami.

Justice Donatus Okorowo first dismissed the preliminary objections filed by the AGF and held that all the reliefs sought by the Nigerian Bar Association (NBA) succeeds.

The AGF had argued that the NBA had no locus to file the suit but in dismissing the objection, the court declared that the General Council of the Bar which has the authority to amend the RPC is constituted by several members, and the RPC cannot, therefore, be legitimately amended by the singular desire and action of an individual.

In September 2020, the legal community woke up to the news of the unilateral amendment of the RPC by the AGF.

The AGF was reported to have said the amendment was made in the exercise of the powers conferred on him by Section 12(4) of the Legal Practitioners Act as Attorney-General of the Federation and Minister of Justice and President of the General Council of the Bar.

The purported amendment was immediately criticized by many lawyers with the NBA especially contending that the AGF acted beyond his powers in amending the law which was the prerogative of the General Council of the Bar (GCB) of which Malami is a member.

The body also pointed out that no Attorney-General can unilaterally, whimsically, or capriciously amend the rules, no matter how well-intentioned.

In the amendment, provisions relating to the Nigerian Bar Association (NBA) “Stamp and Seal” as well as Bar Practicing Fees (BPF) for government lawyers were said to have been deleted. In essence, Rules 9 (2), 10, 11, 12, and 13 were affected by the new amendment. Prior to the amendment, Rule 9(2) prohibits any legal practitioner from claiming that he has paid his Bar Practicing Fees (BPF) when he is actually in default. Rule 10 deals with stamp and seals.

In a letter dated 15th September 2022, and addressed to the AGF, the President of the NBA, Olumide Akpata asked the AGF to rescind the controversial amendments made in the Rules of Professional Conduct (RPC).

Akpata said “the RPC or amendments to it may only be enacted and issued after they have been duly approved at a properly convened meeting of the bar council.

He added that a number of provisions aimed at checking the infiltration of quacks into the profession and protecting the revenue of lawyers have been deleted without proper consideration.

“It is therefore concerning that these or many of which are forward-looking and seek to place the Nigerian legal profession at par with other self-regulatory professional associations around the world, will be targeted for deletion,” he said.

The president also noted that although some of the provisions of the RPC are outdated, his administration is making efforts to make necessary amendments in the proper way.

“I said this much to Nigerian lawyers during the recent electioneering that brought me in as President of the NBA.

“My administration, therefore, intends to propose a series of amendments to the RPC to bring it into conformity with the realities of modern legal practice for the benefit of Nigerian lawyers and society. To achieve this, I look forward to working with the Bar Council under your leadership to properly amend the RPC and regulate the legal profession in Nigeria,” he added.

“To speed up the process will immediately be setting up a committee with the responsibility of thoroughly reviewing the RPC and making appropriate recommendations to the Bar Council through your good office.”

With the AGF failing to act on the letter, the NBA through its Section on Legal Practice in January 2022 approached the court via a suit between the Incorporated Trustees of the NBA against the Attorney General of the Federation, asking the court to declare the said amendment null and void.

NBA challenged the validity and lawfulness of the Rules of Professional Conduct for Legal Practitioners (Amendment) Rules 2021 (S.I. No. 15 of 2020) enacted by the Attorney-General of the Federation.