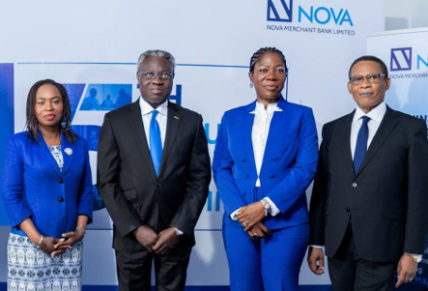 The three new appointees are expected to strengthen the board and bring more inclusivity and diversity to the Bank’s board.

Mr. Chinedu Uzoho (CIS & CPIN) who was appointed as a Non-Executive Director, is a top-level finance, banking and capital market professional with over 40 years of experience in the banking industry and capital markets.

He has served on the board of many reputable institutions and currently the Chairman of NovaMBL Securities Limited (a subsidiary of Nova Merchant Bank Limited).

Mrs. Funmi Oyetunji (BSC;FCA ;FCCA), appointed as an Independent Non-Executive Director is an accomplished professional with about 40years of corporate experience gathered across several roles in professional practice and banking in Nigeria and the United Kingdom.

She serves on a number of boards and retired recently as an independent non-executive director of Ecobank after serving the full tenor of three terms. She is the CEO of Abitos Financial Services Limited.

Mrs. Gbemisola Laditan (FCA & CITN), also an Independent Non-Executive Director, is a prize-winning chartered accountant with over thirty years of experience in banking and consulting.

She has served on the board of major institutions and is currently the managing director/chief executive officer of Flux Logistix Limited.

The appointments were ratified by the shareholders on 29th July 2022 at the Bank’s headquarters in Lagos, following its 5th Annual General Meeting where the Bank’s financial performance for the year ended December 31, 2021, was presented and approved.

The Bank reported significant improvement in key financial parameters in the year under review despite the headwinds and macroeconomic challenges. All the appointments have been approved by the Central Bank of Nigeria and all the regulatory bodies.

The Chairman, NOVA Merchant Bank, Mr Phillips Oduoza who congratulated the new Directors, said the appointments demonstrate the Bank’s commitment to leverage a team of talented professionals with requisite experience, fresh perspectives and insights to drive the next banking revolution wave.

“We are an Impact-driven organisation committed to delivering sustainable tangible results to all stakeholders and we believe that the careful selection of the new members is guided by the Bank’s overarching philosophy of “New Thinking-New Opportunities to win in the marketplace,” he said.

Also, in demonstration of the Bank’s commitment to empowering its employees and in recognition of their effort in driving productivity despite the challenging economic terrain, the MD/CEO, Mr. Nath Ude, announced the promotion of about 20% of the Bank’s workforce.

The promotion exercise spanned the Bank’s senior, middle, and junior levels even as the management strives to continuously create opportunities for career growth in the institution.

Commenting on the exercise, Ude said “NOVA is a performance-driven organization that holds its staff to the highest ethical standards. We have a refreshing corporate culture at NOVA which offers immense benefits for our employees embodied by our commitments to them, hence this promotion exercise. We will remain devoted to developing and empowering our people to achieve their full potential.”