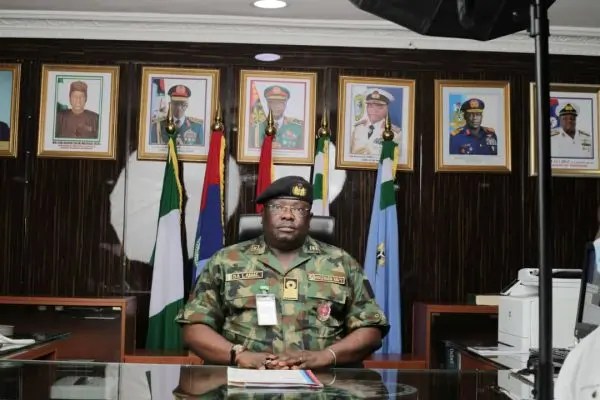 Abuja, Aug 4, 2022 Military Pensions Board (MPB), on Thursday, said it had paid the third tranche of 25 per cent of the 24 months arrears of the National Minimum Wage increment to eligible retirees.

The Chairman of the board, Rear Adm. Saburi Lawal, in a statement issued in Abuja, said that the payment was made on Thursday.

Lawal said the third installment was paid to eligible military retirees who were active on the board’s data base.

He added that it was also in fulfillment of the agreement reached between the board and the Federal Ministry of Finance, Budget and National Planning (FMoFBNP) for quarterly release of the appropriated sum within the year.

The chairman said that all next -of -kins (NOKs) of deceased military pensioners, who were entitled to the same arrears had also been fully paid.

He advised all concerned military pensioners to contact their banks for their entitlements.

“On behalf of our esteemed military pensioners, the board wishes to thank President Muhammadu Buhari for his immense support to the board and military retirees.

“Also, the board extends its appreciation to the Minister of Defence, retired Maj.-Gen Bashir Magashi, the Chief of Defence Staff, Gen. Lucky Irabor as well as the Service Chiefs for their constant support towards achieving its constitutional mandates.

“The board would also like to thank our esteemed military retirees for their patience, understanding and continued support,” he said.

Lawal pledged to ensure the payment of the fourth and final tranche of the arrears before the end of the year.