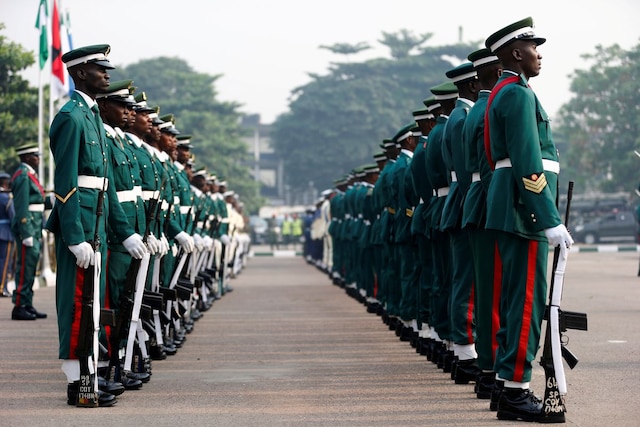 ABUJA, Aug 3 – Nigeria’s military will use maximum firepower to uproot the armed groups that are behind mounting insecurity in the country, the airforce said on Wednesday, amid concerns that the situation, if unchecked, could impact a general election in February.

Attacks by Islamist insurgents in the northeast and kidnappings for ransom and killings of villagers in the northwest have become an almost daily occurrence in Nigeria.

But the militants have carried a number of attacks outside their northeastern enclave, raising fears that their networks may be spreading to other parts of the country.

Amao said operational commanders should “show no mercy and ensure they employ maximum firepower against terrorists posing security threats in the country.”

The government early this year designated bandits as terrorists but the military’s response has been sporadic, in part because its resources are concentrated against insurgents. That has left the bandits to roam largely freely.

President Muhammadu Buhari said late on Tuesday the Nigerian government had given security forces “full freedom to deal with, and bring to end this madness.”

Buhari spoke after a spate of attacks last weekend by gunmen in three northern states, which left scores of people dead.

On Tuesday, the Nigerian police said it deployed additional manpower around Abuja to bolster security, days after local reports of an attack at a checkpoint near the capital. read more

Security will be a major issue when Nigerians vote for a new president in February to succeed Buhari, who cannot stand again after serving the two terms permitted by the constitution.