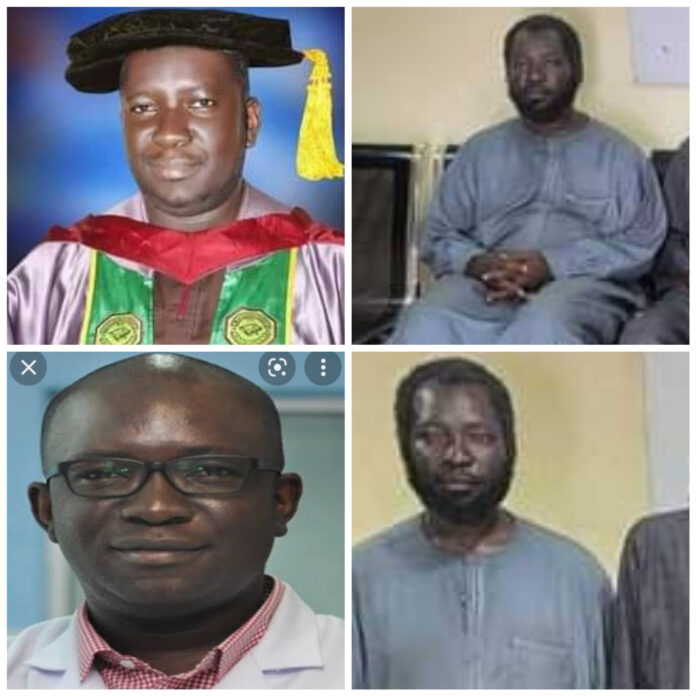 Associate Professor and Director of the Centre for Advanced Medical Research and Training at the Usman Danfodiyo University Sokoto (UDUS), Dr Mustapha Umar Imam, and four other kidnapped Kaduna train passengers were released on Tuesday, August 2, 2022.

Prof Imam has a PhD in molecular biotechnology, and has worked extensively in the areas of nutrigenomics, epigenetics and bioinformatics.

Kaduna train attack: Before and after photos of kidnapped Sokoto varsity professor released by terrorists

He was an Assistant professor in a University in China before returning to Nigeria. He has also worked on genomics of diabetes and cancer, and has used gene-specific knockout animal models to study the transgenerational risk of diabetes.

Kaduna train attack: Before and after photos of kidnapped Sokoto varsity professor released by terrorists

He has running grants from the Tertiary Education Trust Fund (TETFUND) to study the anti-colon cancer effects of natural product in rodent models, and the transgenerational effects of hypozincemia and rice diets on insulin resistance using drosophila melanogaster.