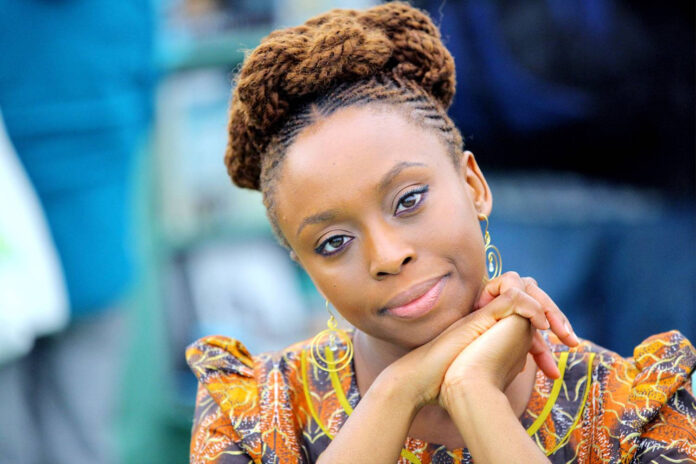 Award-winning novelist, Chimamanda Adichie has said that she is not related to a 40-year-old lady, Nkiru Okoye, murdered in Ogbunike, Oyi Local Government Area of Anambra State.

This is coming after it was reported that the deceased who is the wife of a mechanical engineer, Emenike Okoye, was beaten to death by her brother-in-law, George Okoye, over the ownership of some disputed landed property.

Omawumi Ogbe, a member of Chimamanda’s communications team who reacted to reports which linked Nkiru Okoye to the novelist, described it as a “false post and the inaccurate rejoinder”.
She wrote;
“The lady in the story is neither Chimamanda’s sister nor a relative.

“Chimamanda is very shaken by this incorrect news and is disappointed at the unprofessionalism displayed by The Frontier, both with the first false post and the inaccurate rejoinder.

“We send our sympathy to the family of the murdered lady.”