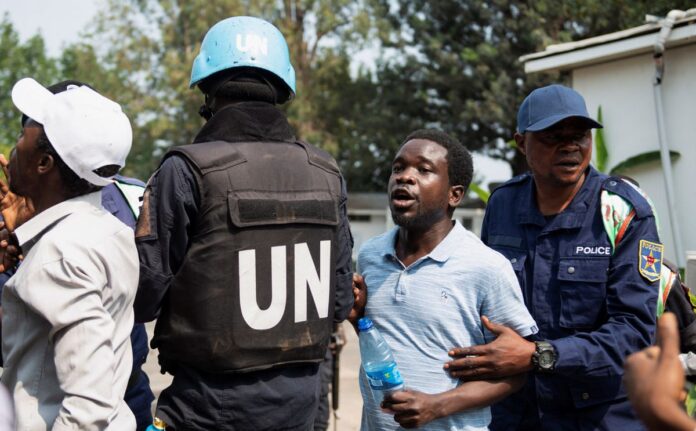 WASHINGTON, July 28 (Reuters) – The United States on Thursday called on national and local authorities in the Democratic Republic of Congo to ensure the protection of U.N. personnel and sites after U.N. peace keepers were killed during protests earlier this week.

At least 12 civilians were killed on Tuesday in protests against the mission in eastern Democratic Republic of Congo, known as MONUSCO, which protesters accuse of failing to protect them from militia violence. One U.N. soldier and two U.N. police were also killed. read more