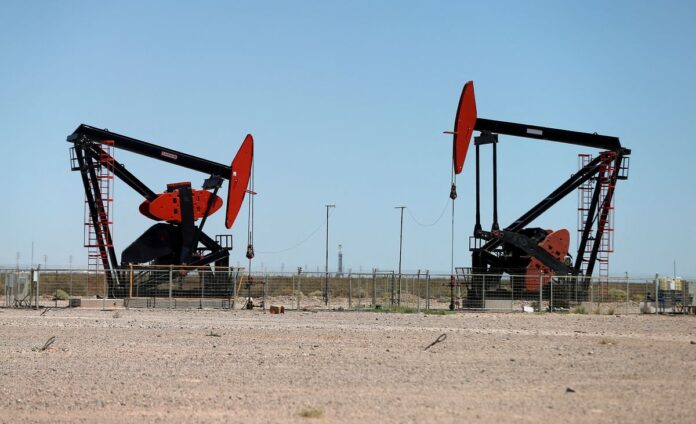 Both contracts logged their second monthly losses, with Brent down about 4% for July and WTI nearly 7% lower.

Oil pared some gains after the release of data from oil services firm Baker Hughes, which showed that U.S. drillers added crude rigs for a record 23 months in a row, indicating more supply ahead.

In July, the oil rig count rose 11, increasing for a record 23rd month in a row, while the gas count was unchanged after rising for 10 straight months, the Baker Hughes data showed.

Stronger stock markets supported oil, as did a weaker dollar , which makes oil cheaper for buyers with other currencies.

“These days, there has been a lot of macro influences on the oil market with the stock market making a nice rebound and a similar fall in the dollar feeding into (today’s prices),” said John Kilduff, partner at Again Capital LLC.

Global equities (.MIWD00000PUS), which often move in tandem with oil prices, were up on the hope that disappointing growth figures would encourage the U.S. Federal Reserve to ease up on monetary tightening.

“The oil market in Europe is considerably tighter than in the U.S., which is also reflected in the sharply falling Brent forward curve,” said Commerzbank analyst Carsten Fritsch.

Investors will next watch the Aug. 3 meeting of the Organization of the Petroleum Exporting Countries (OPEC) and allies led by Russia, together known as OPEC+.

A decision not to raise output would disappoint the United States after President Joe Biden visited Saudi Arabia this month hoping for a deal to open the taps. read more

Analysts said it would be difficult for OPEC+ to boost supply, given that many producers are already struggling to meet production quotas.