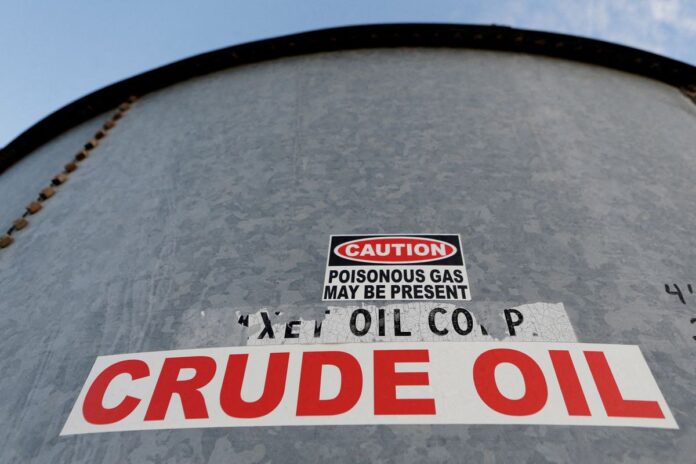 For a table of crude price forecasts, click
July 29 (Reuters) – A rally in oil prices could stall as recession fears and COVID flare-ups in China slow demand and counter supply risks from sanctions on Russia and OPEC+ output constraints, a Reuters poll showed on Friday.

A survey of 35 economists and analysts forecast Brent crude would average $105.75 a barrel in 2022, down from a forecast of $106.82 in June marking the first downward revision to the monthly poll since April.

The global benchmark has averaged about $105 a barrel this year.

“The focus is slightly shifting away from supply disruptions towards crude demand destruction due to global recessionary fears,” said Edward Moya, senior analyst with OANDA.

The demand growth forecast for this year was also slashed to a range of 1.4 to 2.5 million barrels per day (bpd) from 2.3-5 million bpd in the previous poll.

However, Western sanctions on Russian oil and OPEC+ producers maintaining a leash on supply will put a floor under the prices, analysts noted.

“We still think the war in Ukraine and the tight market will drive prices in the short run, with the price of dated Brent trading in a range of $100-120/barrel for the rest of the year,” said Matthew Sherwood, commodities analyst at EIU.

The next meeting of the Organization of the Petroleum Exporting Countries and allies including Russia, together called OPEC+, is set for Aug. 3 and will be closely watched as their current output pact expires in September and the United States has stepped up calls for more production. read more

“OPEC and the U.S. in general would like to continue boosting production in the near term, but there are limits to the pace of increase and it is unlikely that production growth will be faster than market expectations,” said DBS Bank analyst Suvro Sarkar.