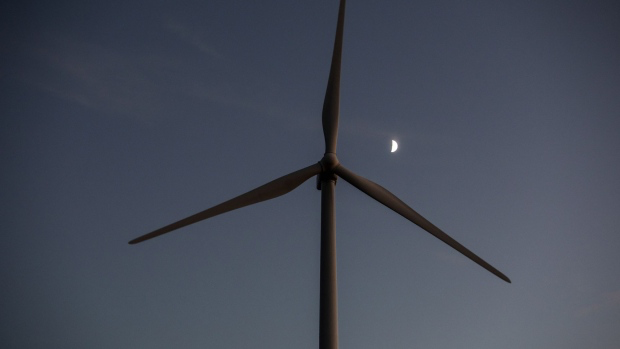 The two firms agreed to buy Lekela Power last week and are seeking between $2.5 billion and $4 billion from capital markets over the next four years, Samaila Zubairu, AFC’s chief executive officer and president, said in an interview.

“It’s the largest renewable pure play in Africa,” he said. “With this trajectory we are going to sustain that position.”

The duo are looking to take advantage of a drive by governments to increase access to electricity in Africa, the world’s poorest continent, through the provision of renewable energy from abundant solar and wind resources. Infrastructure-investment specialist AFC, based in Nigeria, and Infinity are buying Lekela from a group led by Actis LLP in a transaction valued at $1.5 billion.

“The best way for Africa to benefit is to first take ownership of its own strategy,” Zubairu said. “Access to energy is a big challenge in Africa. This platform, this acquisition, gives us an opportunity to pursue these opportunities at scale.”

When the deal is complete, AFC and Infinity will combine their renewable assets into a new yet-to-be-named entity. Cantor Fitzgerald LP, Norton Rose Fullbright LLP and Absa Group Ltd. advised the firms on the transaction, which comes amid a wave of consolidation in the industry in Africa.

British International Investment has hired Rothschild & Co. to review options on how to grow its Globeleq unit and Actis is looking to sell its BTE Renewables business in South Africa.

Lekela has installed capacity of one gigawatt, while AFC and Infinity own about 400 megawatts of generation assets. The combined group will have a pipeline of more than three gigawatts and the aim is to convert between half and two-thirds of that into operating assets within four years.

The potential projects — which include wind, solar and hydro — spans much of Africa including the Democratic Republic of Congo, Ghana and Nigeria.

Much of the money required could come from development finance institutions AFC has previously worked with, Zubairu said. These include France’s Proparco, Germany’s KFW Group and the US International Development Finance Corp.

Charcoal, Firewood
AFC is also looking to cut the continent’s reliance on charcoal and firewood for cooking fuel to reduce deforestation and air pollution. The World Bank blames the practice for shortening the lives of half a million Africans every year.

“The easiest way to keep trees in the ground is liquefied petroleum gas,” he said. “Harnessing flared gas which contributes to carbon emissions, and converting that to LPG is a win-win for both the climate and for Africans. We are looking at investment in that space.”

AFC may also look for further acquisition opportunities, he said. The purchase of Lekela was 80% financed by equity and 20% debt.
©2022 Bloomberg L.P.