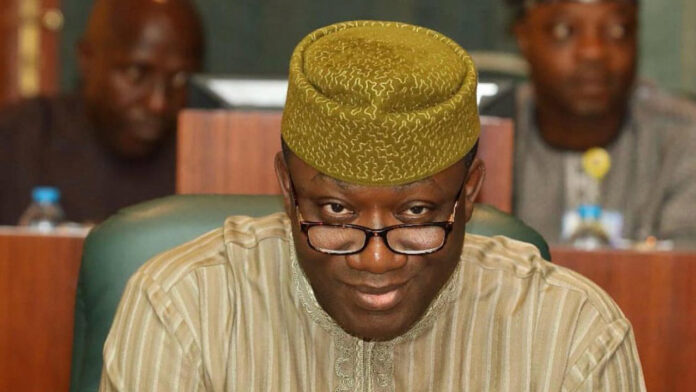 The Governor of Ekiti State, Dr Kayode Fayemi, has asked Christians in the country to look beyond the religious background of the presidential candidates for the 2023 poll but use the current challenge of the Muslim/Muslim ticket adopted by the All Progressives Congress (APC) to present a charter of demands to all political candidates, especially those of the ruling party.

The governor spoke in Ado-Ekiti at the weekend during a courtesy visit to him by the new executives of the state’s chapter of the Christian Association of Nigeria (CAN) led by its Chairman, Dr Emmanuel Aribasoye.

Controversy has continued to trail the adoption of a former Governor of Borno State, Kashim Shettima, a Muslim from the North East, as running mate to the National Leader and presidential candidate of the APC, Bola Ahmed Tinubu, also a Muslim, from the South West.

But the governor said Christians should not look at the Muslim joint ticket as a ploy to undermine them, but as a calculated political strategy to win the presidential election.

He said, “It’s time for us to realise that there are compelling reasons for Christians to participate in politics. In my own opinion, whatever makes us good Christians makes us good citizens.

“The Christian leadership should use this current challenge as an opportunity to present a charter of demands to all political candidates, especially our party (APC), outlining the irreducible minimum conditions acceptable to Christians in the next political dispensation.

“While it is desirous to see one of us on either side of the presidential ticket, I think it is important for us to look beyond the religious profession of the gladiators or even their ethnic or geopolitical origins.”

A group, National Unity Movement for Bola Ahmed Tinubu (NUMBAT) has said the Tinubu/Shettima ticket is the winning option that will heal national wounds.

The group, in a statement by its Director General, Hon Engr Bamidele Faparusi, said Shettima’s emergence was purely the handiwork of God.

The statement reads in part: “He is a good combination to bring about the anticipated change that our nation desires at this time of its life. He is a seasoned and tested professional in both public and private sectors. His emergence will also complement the one united Nigeria posture of Alhaji Tinubu.

“The combination of Alhaji Tinubu and Shettima for Nigeria will usher in developmental strides in all sectors. At the state our country is now, we require purposeful leadership, and this we can find in the combination of Tinubu/Shettima.

“They are detribalised Nigerians with large hearts and high level of religious tolerance. We are, therefore, confident that this combination will work to restore the soul of the nation and fight to move the country forward.”