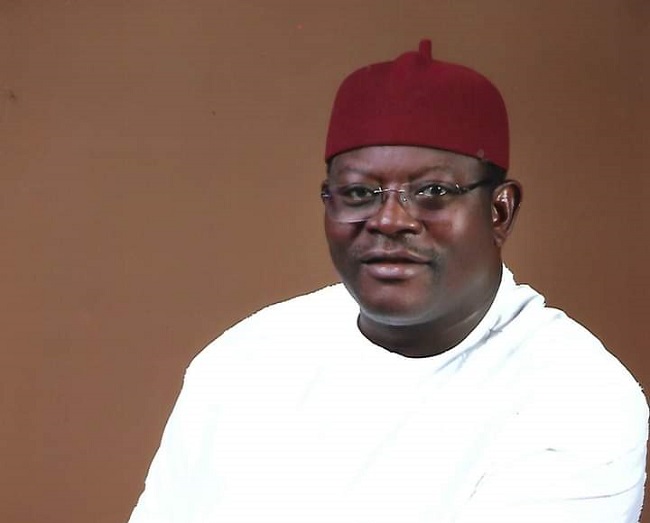 The embattled governorship candidate of the Peoples Democratic Party (PDP) in Ebonyi State, Sen Obinna Ogba, yesterday vowed that no man born of a woman can “snatch” his ticket from him.

Sen Ogba, representing Ebonyi Central, further noted that the national leadership of the party only conducted and recognised the June 4 and 5, 2022, primaries in the state.

He stated this yesterday when he addressed his supporters at his campaign office in Abakiliki.

Ogba said, “You have made me proud and I am not going to disappoint you. I made a promise to you people that the mandate given to me, ‘no man born of a woman will take it away from me and I will do that in line with the spirit of Ebonyi people.

“I may not have money but I have the grace. Please, don’t be tricked. I have been in this party right from the very day, August 1998 at Sheraton Abuja when it was formed. So of these people, I gave them forms; some had no cards until this very close moment of elections.

“I have always said that court doesn’t belong to one person; it is for all of us, and by the grace of God I will follow them to any court they go to. The first court went in my favour and so would the second one be.”

Mr Ifeanyichukwu Odii, a billionaire politician, had gone to court seeking the nullification of the primaries, which produced Sen Ogba as the gubernatorial candidate of the party.