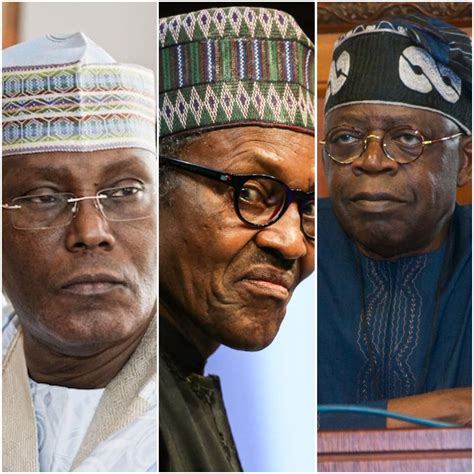 The presidential candidate of the Peoples Democratic Party (PDP) in the 2023 general elections, Alhaji Atiku Abubakar, has lambasted the candidate of the All Progressives Congress (APC), Bola Tinubu, saying that allegations against him were indications that his memory was no longer what it used to be.

Atiku had said in an interview with Arise TV that he rejected Tinubu’s offer to be his running mate in 2007 because it would have presented a Muslim-Muslim ticket.

Atiku was the presidential candidate of the Action Congress of Nigeria (ACN).

He said because he refused, Tinubu worked against the party in the 2007 presidential election, in favour of the candidate of the Peoples Democratic Party (PDP), Umaru Yar’Adua, who emerged as President.

But Tinubu, through his media aide, Tunde Rahman responded to Atiku on Saturday, refuting the claims.

Tinubu said he felt sorry for Atiku, whom he described as old because his ambition had allegedly made him untruthful.

He had said, “We are saddened to see such a man become unhinged from the truth. So obsessed is he with his quest for office, Atiku is willing to render any form of untruth if he thinks it might gain him a single vote. Atiku may want to be president. However, all he has shown is that he is pathological.

“Whatever moral compass he had has been lost. During a 22 July television interview, Atiku assaulted historic truth by lying that he did not name Tinubu as his running mate in 2007 on the Action Congress ticket because Atiku did not want a Muslim as his running mate.”

However, in tit for tat, Atiku’s media aide, Paul Ibe, in a statement also slammed APC presidential candidate again, saying that Tinubu’s allegations were indications that his brain is failing him because facts on the ground contradict his statement.

Ibe said, “The major accusation made by Asiwaju Tinubu is that the Waziri Adamawa offered him the opportunity of being his running mate in 2007, which means that the former vice-president was not then mindful of Nigeria’s religious and ethnic diversity, making his statements during the Arise TV interview hypocritical.

“We would not say that Bola Tinubu has lied. Rather, it is our desire to give him the benefit of the doubt, and believe that his memory may not be what it used to be.

“Nigerians may want to note that on 14 September, 2005, the then US Consul General, Brian L. Browne, drafted a memo, leaked via Wikileaks, wherein he stated that Bola Tinubu was scheming to be a running mate to either Atiku Abubakar or Muhammadu Buhari.

“This is further historically corroborated by the subsequent political history of Nigeria. Biographers of President Muhammadu Buhari, have variously recounted how Bola Tinubu made the same request of then-presidential candidate, Muhammadu Buhari in 2015.

“In his 2016 authorised biography of President Muhammadu Buhari titled ‘Muhammadu Buhari: The Challenges of Leadership in Nigeria’, Professor John Paden, an American, wrote about the issue as follows:

“Tinubu, a former governor of Lagos State and political ‘godfather’ of the South-West geopolitical zone, felt he should be the vice-presidential candidate.

“The above clearly shows a behavioural pattern here. So, if anyone is “unhinged from the truth” (to borrow Asiwaju Tinubu’s words), it certainly is not Atiku Abubakar.

“In any case, if Bola Tinubu can forget the name of his own political party, why will he not also forget what transpired in 2007 and 2015? We do sympathise with him.

“The fact remains that in a fragile and ethnically diverse nation, such as ours, religious and ethnic balance must be observed at the highest levels, and from there flow downwards.

“That is what Atiku Abubakar said during his interview with Arise TV on Thursday, July 21, 2022, and he stands on that principle and will continue to so stand without apology to anyone.

“From the foregoing, it is clear that His Excellency, Atiku Abubakar’s memory and recollection of the event has been corroborated by multiple, independent, and unconnected third parties, and if this were a court of law, this issue would have been regarded as proved beyond a reasonable doubt,” the statement added.

The former vice president reminded Nigerians that sources have testified that Bola Tinubu desperately lobbied to be made Buhari’s deputy on a Muslim-Muslim ticket, in 2015, even though he denied and instead accused President Buhari of offering him the position of Vice President.

“Which is exactly the same false allegation he has made against Atiku Abubakar. This is a pattern of behaviour; not owning up to his actions.”

On the need to be moderate and make use of temperate languages, the statement said, “The issue of Atiku Abubakar offering to make Bola Tinubu his running mate in 2007, the Waziri says as a statesman, which he believes Asiwaju Bola Tinubu also is, or should be, it is pertinent that they use temperate language at all times. It not only shows that they are seasoned and mature, but more importantly, it is a good indicator of fitness for the office.”

Atiku said even though he had read Tinubu’s denial, “It was replete with indiscreet language, the former Vice President has elected to respond to the claims made by Asiwaju, adding he has chosen the route of a friendly riposte, in the hope that his gesture will be reciprocated by the Asiwaju in future.”