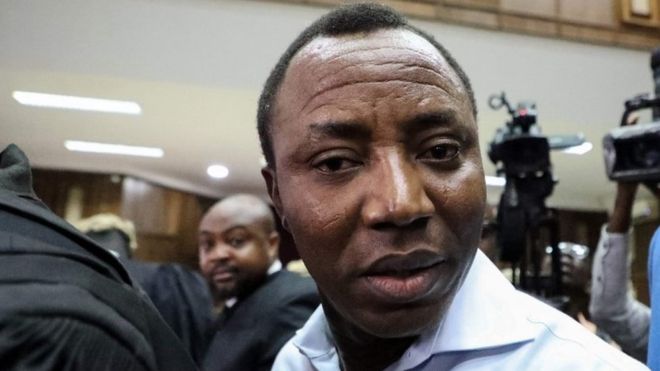 Ahead of the 2023 general elections, the presidential candidate of the African Action Congress (AAC), Omoyele Sowore, has publicly declared his assets.

He made the declaration in a series of tweets on Saturday while reacting to calls by the Socio-Economic Rights and Accountability Project (SERAP).

The advocacy organisation had in a tweet challenged Sowore to publish details of his assets and to publicly commit to rejecting vote-buying and electoral bribery before and during the elections.

Osinbajo appears in public for the first time after successful surgery

“Dear ‪@YeleSowore‬ ahead of the February 2023 presidential election, we’re again calling on you to show leadership by urgently publishing details of your assets and publicly rejecting vote-buying and electoral bribery before and during the elections,” the civic organisation wrote.

Replying, the AAC presidential candidate said he had two cars, and a house in his hometown, Ondo State, worth N5 million among other assets.

He said, “I have 2 used cars: a Toyota Camry & Lexus RX350, a home in my village worth maybe N5m, three iPhones, a Galaxy Note 10 Lite (if you could call those assets), SaharaReporters Media Group (don’t know the worth as of today), a four-bedroom bungalow in New Jersey & nothing more.

“The Federal government of Nigeria froze my bank accounts since 2019 after I was arrested over ‪#RevolutionNow‬ protest on August 3rd 2019. A ‪@gtbank‬ account I operated in Nigeria had N4,800 left in before my arrest. I managed to open a ‪ @kudabankhelp‬ with N463.00 as of this evening.

“I reject vote-buying on or before the 2023 election date. I also recently opened a ‪@capitalone‬ US bank account that has in it about $300, I have a ‪@ZenithBank‬ campaign account for the ‪#Sowore2023‬ Presidential account. I have nothing more besides financial support that I occasionally get from friends and family (if those count as assets).

“I have never operated any offshore account(s) or worked with a tax haven to hide my assets. These are the assets I have in my entire life.”