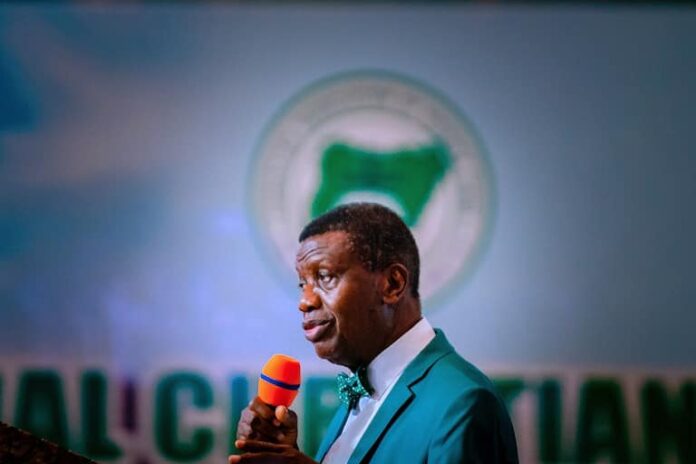 General Overseer of the Redeemed Christian Church of God (RCCG), Pastor Enoch Adeboye, says he does not tell members of his church who to vote for during elections.

The respected said this while addressing RCCG congregants at a church service.

According to the cleric, his assignment is to pray for people, pray for nations including Nigeria, and that has nothing to do with partisan politics.

He said, “Don’t distract my attention, you will bear me witness, those of you who are genuine members of Redeemed Christian Church of God (RCCG). I have never told you this is the person you will vote for, Have I ever said that one? Whether in a secret or open, never.

“I have never said this is the party that you will belong to, I have never said it and I will never say it. And you know why? Because in Redeemed Christian Church of God, every party is heavily represented. We have members of APC, PDP, APGA, Labour Party and some that you don’t even know their names.

“The only reason I never voted is that, if I vote for anyone, I will be unjust to the rest of my children, I am the father of all and I like it that way. All I am saying, I am saying loud and clear, you became Nigerians before you became Christians.”

Although the cleric said this months back, the video is currently trending on social media.