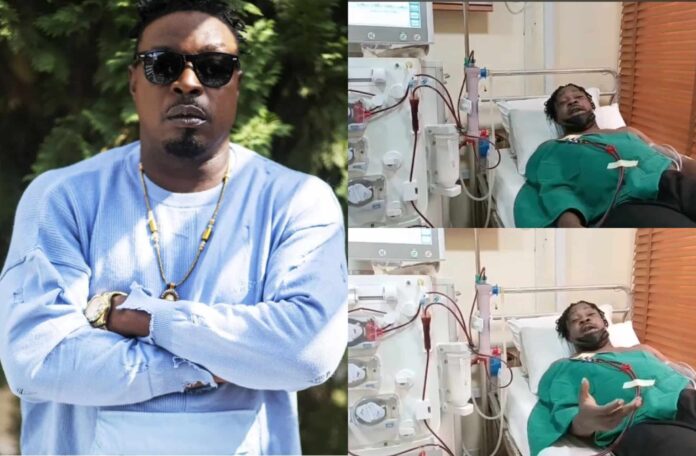 Weeks ago, Abdulkareem revealed that he was diagnosed with kidney failure. According to a statement by his management, Lakeem Entertainment Inc., the singer has been undergoing dialysis at a hospital in Lagos state.

The statement read in part, “The Lakreem Entertainment Inc. boss has recently been diagnosed with kidney failure and has been undergoing dialysis since the detection at a reputable hospital here in Lagos, Nigeria.”

Shortly after the news went around that the rap artiste’s ailment, his colleague in the music industry, M.I Abaga, solicited funds in other to assist Abdulkareem.

MI tweeted, “SAVE EEDRIS ABDUKARIM NOW!!! Our brother has been diagnosed with Kidney Failure and requires surgery URGENTLY!!! We Have A Donor in His Family…. The Hospital has fixed 27th July 2022 for this Emergency Surgery… Eedris Abdulkarim; 1003862655, Zenith Bank.” (sic)

Moreso, a few days ago, Abdulkareem made a post on his Instagram account where he described his present situation. The Nigerian entertainer first appreciated those who had checked up on him, he further went by explaining that he had authorised the opening of a GoFundMe account due to opinions from his friends and fans, he also said he feels “better, strong and agile in body and soul” towards the surgery.

So far, the singer has accrued over a million naira for his kidney transplant surgery.

In the latest development about his health, Nigerian music mogul and a former boss of the ailing singer, Kenny Ogungbe of Kennis Music, hinted that Eedris Abdulkareem will undergo surgery next week.

During a red-carpet interview with Channels television, Ogungbe further solicited support for his former artiste.