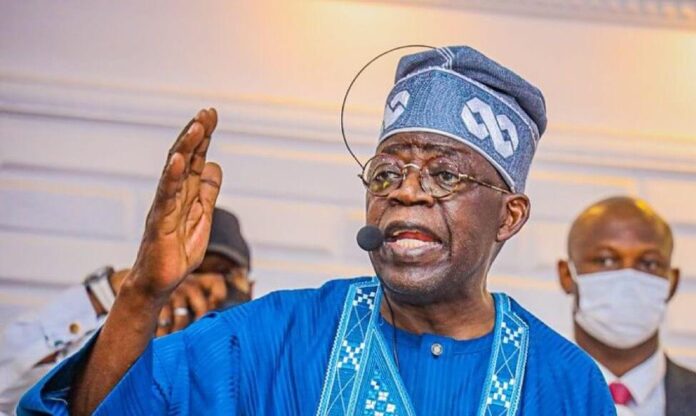 The Peoples Democratic Party (PDP) has urged the presidential candidate of the All Progressives Congress (APC), Asiwaju Bola Ahmed Tinubu, to withdraw from the race over the alleged hiring of unknown persons to dress as bishops.

The party’s National Publicity Secretary, Hon Debo Ologunagba stated this Friday at a press conference in Abuja claimed the APC is collapsing ahead of the 2023 elections.

“Such action is unacceptable and unbecoming of any individual aspiring to a leadership position at any level let alone, the office of the President. This is an embarrassment to leadership,” he stated.

Ologunagba said more sickening is the outcry by the hirelings that they were allegedly defrauded by agents of the APC presidential candidate.

He added, “with this ugly episode, Nigerians now know the individual who has been the planner and executor of the lies, false promises, and corruption of the APC that have brought disunity, excruciating hardship, mass killings, and political instability in the country in the last seven years.”

He said under the APC, the productive sector has been completely wrecked.

Under the APC government, according to Ologunagba “Nigeria’s debt stock has astronomically risen from N12 trillion under the PDP to N41.6 trillion with our nation going broke as Debt Servicing cost has now surpassed Government revenue with over N300 billion.”

Ologunagba said with PDP’s victory in Osun, it is crystal clear to Nigerians that Tinubu’s ancestral state of Osun and the South West geo-political zone ought to be his natural stronghold outrightly rejected him.

He continued, “PDP’s sweeping victory and the spontaneous jubilation across our country are direct statements by Nigerians on their resolve to stand on the platform of the PDP to free themselves from the agonizing stranglehold of the lying, cruel, and life-discounting APC and its presidential candidate.

“Furthermore, Asiwaju Tibunu’s humiliating rejection in Abuja, where he had reportedly rushed to in a desperate bid to frustrate the smooth conclusion of the Osun State Governorship election is a clear testimonial that the APC Presidential Candidate has been roundly defeated.

“Our Party is privy to reports of how doors were locked against APC leaders in Abuja and how their frantic telephone calls and corrupt offers to truncate the Osun election were turned down.

“The APC Presidential candidate can recall that our Party had in a statement on June 8, 2022, cautioned him that he will soon realize that Nigeria is not one of his acquired estates or fiefdoms and that Nigerians are not his political string-puppets and retinue of lackeys, from whom he bought the APC Presidential ticket.

“Now that the APC Presidential candidate has lost the basic required leadership integrity and having been exposed and roundly rejected in his ancestral home State of Osun, the South West and across the country; our Party counsels him to immediately withdraw from the 2023 Presidential race to avoid further disgrace.

“Nigerians cannot afford to have fraudsters, liars, deceivers, perjurers, swindlers, and corrupt individuals at the helm of affairs in our country. Such individuals can only superintend over a deceptive, fraudulent, and duplicitous administration and worsen the woes faced by our nation under the current inhumane and rudderless APC administration.

“The APC Presidential candidate and his party should know that it is in his interest to withdraw from the race as it will be futile to go into an election in which the Will and aspiration of the people are manifestly against him and the APC.”