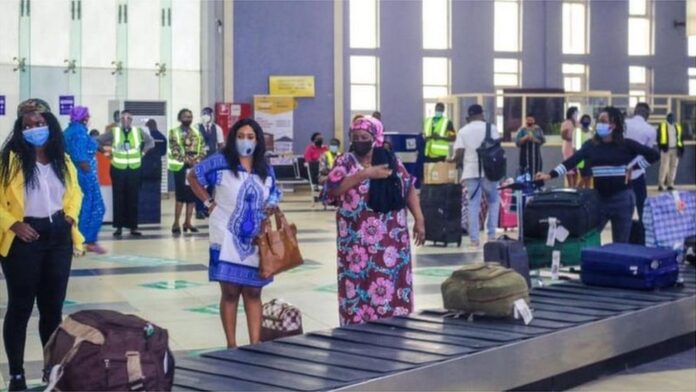 The Nigerian airlines, under the umbrella of the Airline Operators of Nigeria (AON), have announced that there will be major disruptions of flights in the country due to scarcity of aviation fuel known as JET-A1.

This was made known on Friday in a statement by the spokesperson of AON, Obiora Okonkwo.

This is also coming amid an acute hike in the official pump price of petrol and a threat by the Association of Nigerian Aviation Professionals to shut down airports across the country in a solidarity strike with the Academic Staff Union of Universities.

SaharaReporters had only in June reported that the AON raised fears that they would shut down operations due to the high cost of aviation fuel which hit N714 per litre.

Allen Onyema, the Vice-President of AON, had stated this while speaking at the Federal Airports Authority of Nigeria National Aviation Conference in Abuja.

Onyema who is also the chairman of Air Peace had said, “If nothing is done concerning the cost of aviation fuel, the fuel crisis will take away three airlines in Nigeria in a few weeks.”

He had explained that even though the fuel crisis was not limited to Nigeria, it was made worse by the depreciating value of the naira against the dollar.

In May, the proposed strike action also by the Airline Operators of Nigeria (AON) was called off after a four-meeting between airline operators and the leadership of the House of Representatives.