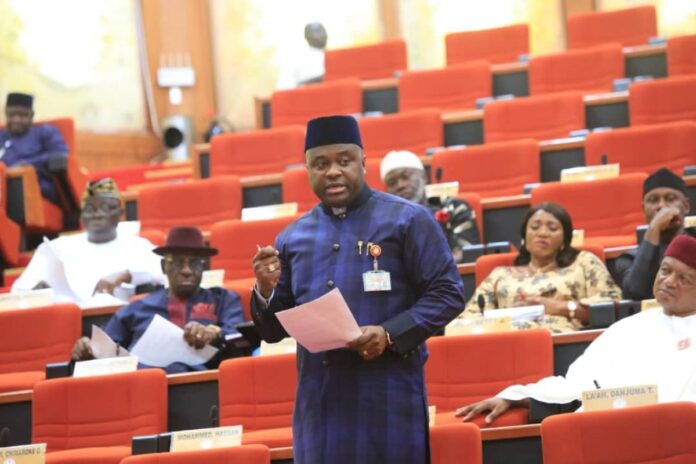 Akpan, who was a member of the Peoples Democratic Party (PDP), since 1999 defected to YPP in a letter dated 15th July, 2022 which he submitted and was read on Wednesday by the Senate President, Dr Ahmad Ibrahim Lawan in Abuja.

In the letter, he explained his grouse for leaving his former political party, saying that the leadership of his former party meted out injustice to him.

The lawmaker, who was the former Commissioner for Finance during the former governor Godswill Akpabio administration, contested for the 2023 governorship on the platform of the PDP, but could not get the ticket.

He further opined in his letter that the people of Akwa Ibom, who believed he would make the best governor, advised and purchased the governorship nomination form of YPP for him, hence, he defected so as to realise his gubernatorial ambition.

Part of the letter read: “Your Excellency, I wish to tender my resignation from the Peoples Democratic Party (PDP) from 15th July, 2022.

“My resignation was due to the leadership of the Peoples Democratic Party to support and adopt a governorship candidate which they denied and refused a level playing field.

“I must admit that PDP gave me the platform to serve in various capacities over the years and I appreciate the party to that extent.”

After the letter was read, Senate President, Dr Ahmad Ibrahim Lawan ordered that Senator Akpan be led to his rightful seat as a minority lawmaker.

Meanwhile, Akpan’s defection has brought two Senators to the platform of the Young Progressives Party.