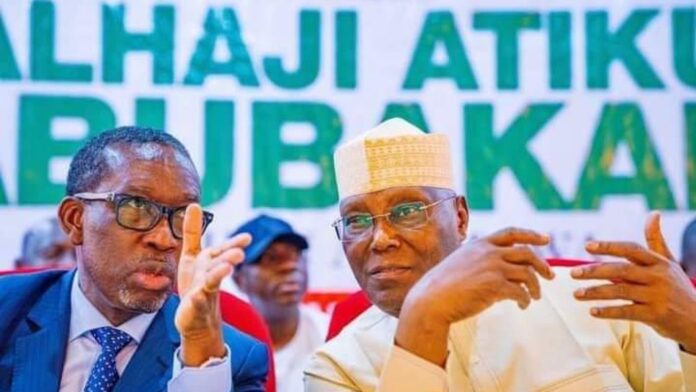 The Peoples Democratic Party (PDP) House of Representatives Aspirants Forum has said the party’s presidential candidate, Atiku Abubakar, will tackle the socio-economic and other challenges bedevilling the nation if given the mandate.

The forum, in a statement on Tuesday by its Publicity Secretary, Kenaz Isaac, which noted that it drew wide membership across the 36 states of the federation and the FCT, said it was working assiduously for Atiku’s success.

The statement reads in part: “The forum is fully convinced that the victory of PDP is victory for Nigerians, and it is also confident that His Excellency, Alhaji Atiku Abubakar’s victory in the 2023 general elections is the only sure way to salvage Nigeria from the current hardship and scarcity of resources in the country.”

The forum quoted its pro tem National Chairman, Hon QS Mohammed Danjuma (Garkuwa Babba), as saying: “The commitment and aspirations of PDP aspirants in the 2022 primaries are to galvanise support from all constituencies in Nigeria for the success of PDP at the 2023 polls, especially the presidential, which it strongly believes will bring in His Excellency, Alhaji Atiku Abubakar, in particular.

“The forum will collaborate with the various political groups that its members already established during their campaigns for the success of the PDP, as well help in building a solid political structure that will ensure the victory of H.E. Alhaji Atiku in the 2023 general elections.”