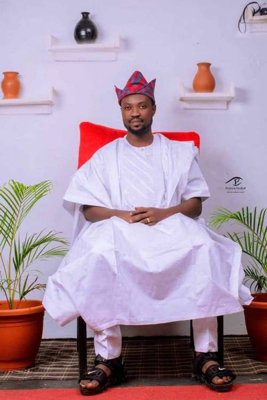 The Lagos State Chairman of the Action Congress Chairman, Adekunle Oluseyi Ajayi has resigned from his position.

He thanked the leadership of the party for giving him the opportunity to lead the party in the former nation’s capital.

The letter read, “It has been so wonderful working as the Chair of the Lagos State branch of our great party the African Action Congress (AAC). In my over three years of being Chair, I have great development as a human and a political figure. Passing through many hurdles and having to battle against legal and political attacks, one has grown more strengths and experience.

“I was elected in a Congress alongside very wonderful comrades. We have worked so much so far. We have laid a fine party foundation with robust radical culture setting examples as the directional guide for party building. It’s no wonder that in the Revolutionary interventions of the party, we have been the pacesetters; thus we effectively intervened in the EndSARS movements in Lagos when it broke out, and have been in the lead for its sustenance all through #OccupyLekkiTollGate to the sound victory at the EndSARS Panel Reports which finally exposed the evil killings by the Nigerian government of protesters at the Lekki Barricades.

“Our leadership has also helped to guide the party on a sound ideological footing with clear-cut Marxist revolutionary ideas and convictions. Our members have become well-groomed in understanding the political economy as well as political philosophies. Our internal democratic engagements have made us very attractive to all, as we have seriously promoted and practised a party where every member can ask questions as well as have the effrontery to proffer solutions and initiatives.

“Most of our challenges are caused by the state attacks we have had this far, as well as the enormity of the heavy works we have had to do. History has put on us the weight of works that should be done in decades, just in three years. We have decided not to lament but to do our bests. Whether we have done the same so satisfactorily is best known to history, the party, and posterity.

“The tasks are still plenty. We need to be more fervent with internal democracy and building alliances and networking. We also need to be structural with political education. Just as we as well need to do what Che Guevara and Castro had to do; Educating The Masses. It’s rigorous. But we are condemned to do same!

“Nigeria is caught between revolution and war. In all of the permutations of the ruling class, war is the way. But even we can be victorious either at the ballot come 2023, we still have to wage a revolution. The ruling class will fight back even if we win at the polls. This is why we must mobilize for the elections as if we are mobilizing for #RevolutionNow.

“This will help to dot all the I’s and cross the T’s of our projects. I will continue to be on hand to play my roles no matter how little. I will like to thank the NWC for giving me the chance to lead this far. I will also thank the NEC for standing strong so far. With this letter, I will be handing over all party properties in my care.”