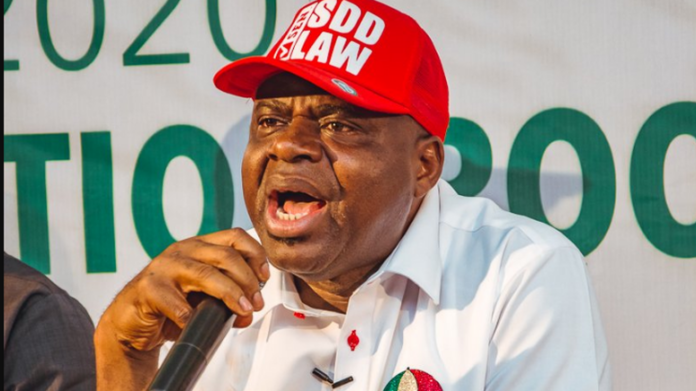 Yenagoa, July 18, 2022 The Bayelsa Government on Monday disbursed a cash grant of N126 million to 630 Small and Medium Scale Enterprises (SMEs) operators who hailed from the state.

Naija247news reports that each of the beneficiaries got a cash grant of N200,000.

Speaking at the presentation ceremony, Mrs Faith Opuene, Bayelsa, Commissioner for Women, Children Affairs and Empowerment said the gesture was born out of the need to encourage entrepreneurship amongst the people.

According to the commissioner, it is as part of government’s empowerment programme for women and youths across the state

Opuene said the SMEs were dominated by non indigenes, hence the need to assist small business owners who hailed from Bayelsa to grow and expand their existing businesses.

She explained that the beneficiaries comprised two persons, a man and a woman from each of the 105 political wards from the eight local government areas of Bayelsa.

The commissioner said the cash disbursement was for the months of March, April and May 2022.

She added that the gesture was in fulfillment of a pledge by Gov. Douye Diri to support 210 small business operators monthly to the end of his tenure.

“The economy of our state is not within our reach; that is because ours is a civil service state and the SMEs space is dominated by people from outside Bayelsa who drive our economy.

“Governor Diri had in the second anniversary celebration in February 2022 directed that for the remaining part of his tenure 210 persons who are running small businesses should be supported with a cash grant of N200,000 each,” Opuene said.

She explained that the empowerment scheme was done by a seven-member committee, which had been put in place, a mechanism to ensure that no beneficiary draws the cash more than once.

She said there were plans to monitor the performance of beneficiaries and further support their businesses in various phases of development, adding that only those who grew their businesses would benefit from such future plans.

Mr Tonbra Etiti, a physically challenged beneficiary, who spoke to NAN at the event, said he would inject the grant in his trade also put some in his wife’s provision store to expand her business.

He commended the state government for the support to small scale businesses and urged the government to sustain the grants.

Also Mrs Ibomotimi Wapamo, who sells (Madiga) snack from bye product from bread bakeries, said the grant was a lifeline to her business, adding that she would expand into other pastries with the capital.

According to Wapamo, this is her first time of benefiting from government empowerment scheme and expressed gratitude to the state government for the grant.