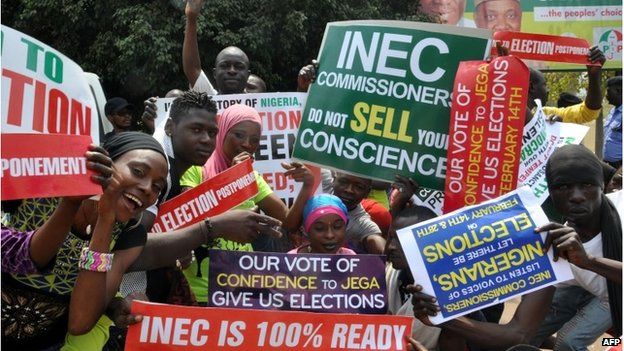 While speaking on Channels Television on Wednesday, the cleric said the electorate in Osun were already waiting to sell votes during the election.

Barkindo, the Executive Director, Kukah Centre, lamented that poverty in the land was glaring, stressing that tackling vote-buying was more than just talking about it.

Barkindo said structural issues must be addressed to stop vote-buying.

“But these are just the symptoms. People are really very dispossessed and there is aggressive poverty on the ground.

“Three thousand naira may mean nothing to you but to a family, that can keep them for a whole one week. We are just trying to deal with the symptoms but I think the greater issues are very structural.

“So, we are appealing to the authorities, because there are millions of youths who are completely unemployed, families are living without food.

“People are completely dispossessed waiting for a peanut to sell their votes to get N10,000, to get N20,000. It’s like waiting for your birthday and we can see the level of poverty on the street.”

He also expressed worries over the security issues in the state ahead of the election.

The cleric said his committee had carried out sensitisation and had engaged all the political actors to ensure a peaceful election come Saturday.

Thirteen political parties including the All Progressives Congress (APC), the Peoples Democratic Party (PDP), and Action Alliance (AA), signed the peace accord on Wednesday.

He said the peace committee will stay behind in Osun to ensure compliance and take records when there are breaches by any of the 13 parties that signed the peace accord.