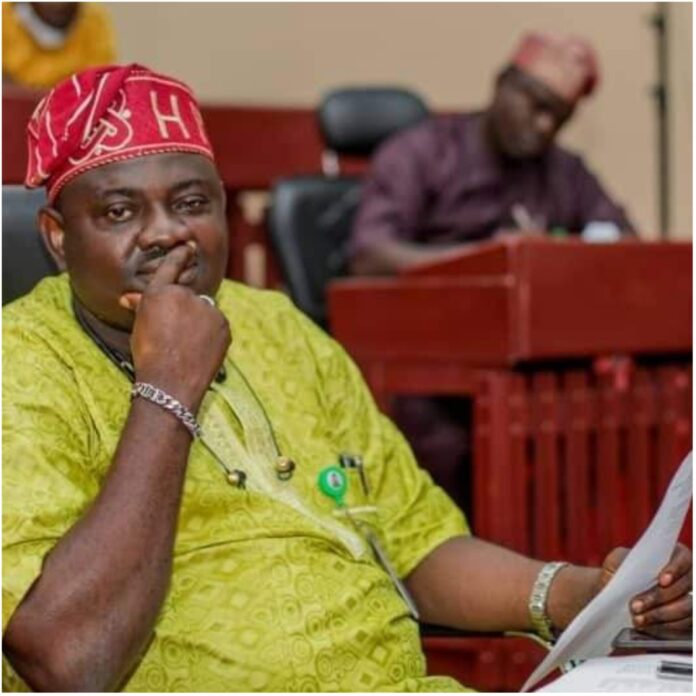 The Oyo State House of Assembly on Wednesday confirmed the death of its member, Mr Olusegun Popoola.

“His death is a shocking and devastating one. We lost a rare gem who was committed to making life better for his people. I’m yet to recover from the shock.
He was a very resourceful man who was ready to give his all, I’m speechless and short of words for this loss,” he added.

The Speaker, Mr Adebo Ogundoyin, in his condolence message described the demise of the lawmaker as a rude shock.

According to him, Popoola aged 45, was until his death the Chairman, House Committee on Local Government and Chieftaincy Matters.

“The news of the death of one of the most active, vibrant and resourceful lawmakers in the 9th Oyo State House of Assembly came to me and everyone in the House as a rude shock.

“We are deeply saddened and grieved by this painful and untimely exit of one of us. This is unbearable.

“He was a patriotic, selfless and hardworking lawmaker who gave his best for the service of Oyo State House of Assembly, his constituents and indeed the entire people of Oyo State,” he said.

Ogundoyin said that the incident was a bitter pill to swallow for everyone in the Assembly.

“I have been visiting him in the hospital and he has been showing signs of recovery. Little did I know that I was seeing him for the last time few days ago when I went in company of some lawmakers,” he said.

He described the deceased as a peace loving and easy-going gentleman who was admired by all.

“We just lost a bridge builder, a man of peace and a gentleman par-excellent. He will be sorely missed by everyone of us.

“The dedicated and selfless nature of Popoola as well as his quality representation in the House as a member of the 9th Oyo State House of Assembly earned him the return ticket of the Peoples Democratic Party(PDP) in Ibadan South-East 2 State Constituency.

“Unfortunately, Popoola has bid the world goodbye at such a very tender age,” he stated.

The speaker said Popoola had written his name in gold in the Assembly as one who contributed immensely to lawmaking and legislative activities.

“We started the 9th Assembly together but alas he ended the race less than a year to the finish line.

“My condolences to his entire family, his wife and children, and to the good people of Ibadan South-East State Constituency.

“We are however happy that he has not died in vain. His humanitarian and political legacies lives on. I also condole with the Oyo State Government and the entire PDP family in the state on this irreplaceable loss,” Ogundoyin said.