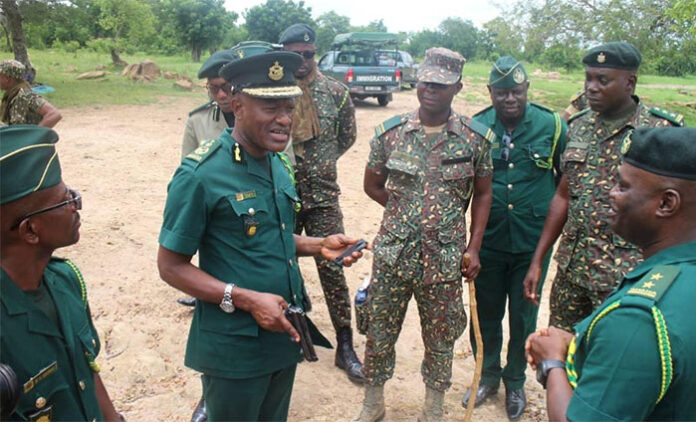 The Ghana Immigration Service on Monday directed its personnel to put in place strict measures that would prevent fleeing inmates from Nigeria’s Kuje prison in Abuja from entering the country.

Kuje Medium Custodial Centre was attacked by terrorists on Tuesday, July 5, and 879 inmates escaped including those linked with terrorism but 443 had so far been recaptured.

The Nigerian Correctional Service on Friday released the names and images of 69 fleeing inmates with terrorism cases.

However, Ghana Immigration Service in a memo dated July 8 and signed on behalf of the Comptroller-General by one Laud Affrifah, stated that it was likely the escapees would attempt to enter Ghana through both approved and unapproved routes.

The service ordered its personnel to intensify patrols to stop and intercept all escapees at the country’s borders.

The memo reads, “It is believed that the Jihadist group, Boko Haram, was behind the attack which saw the use of high-end explosives and guns, that freed all 64 Boko Haram linked inmates at the prison and are among the escapees who are still on the run.

“Considering current migration trends of Nigerians within the sub-region, it is likely most of the escapees will attempt to enter Ghana through both approved and unapproved routes.

“In view of the above, I am directed to inform you to institute stringent measures at all Points of Entry and intensify patrols to deter and intercept all escapees who will attempt to infiltrate the country.