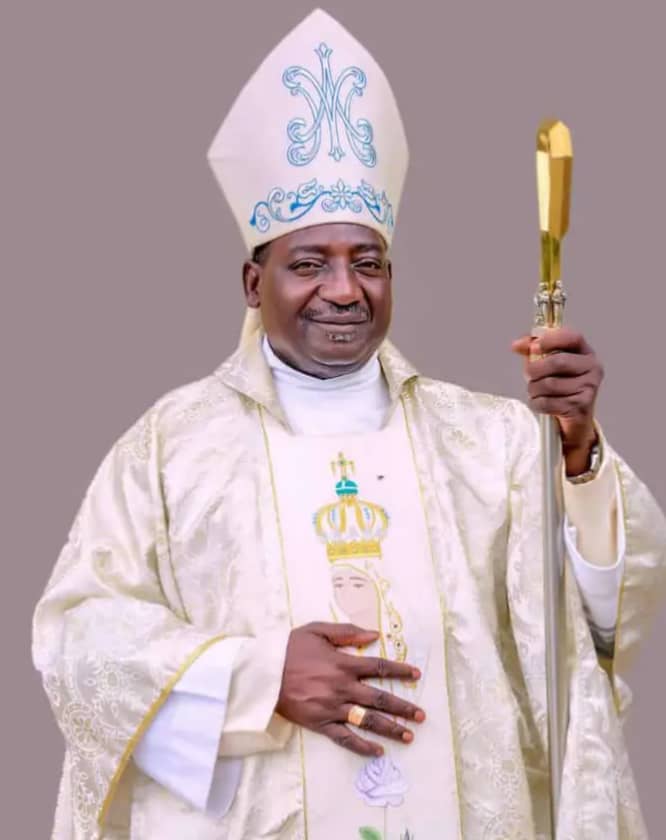 The Catholic Diocese of Zaria on Friday confirmed the passing of its pioneer Bishop, Most Rev. George Dodo at the age of 65.

The Diocesan Vice Chancellor, Rev. Fr. Abraham Nake, who announced this in Zaria said Dodo died in the early hours of Friday following an illness.

“While we enjoin all to pray for his peaceful repose, information regarding his burial will be announced as soon as possible,” he said.

Dodo was born on April 17, 1956. He was the second child of the family of Mr and Mrs David Dodo of Zuturung Mago Village, Zangon Kataf Local Government Area of Kaduna State.

He graduated from St. Joseph’s Minor Seminary, Zaria, in May 1977 with a General Certificate Examination (GCE) and enrolled into Augustine’s Major Seminary Jos on Aug. 27, 1977, where he studied philosophy and theology.

Dodo also bagged a Diploma in Religious Studies from the University of Ibadan in July 1981, and a Bachelor of Arts degree in Sacred Theology conferred upon by the Pontifical Urbanian University, Rome in Sept. 1983.

He was ordained a deacon in the Archdiocese of Jos, Plateau State, in Oct. 1983, and was raised to the order of the Presbyterate on June 18, 1983, at St. Joseph’s Catholic Cathedral, Kaduna.

His first place of pastoral assignment was the cathedral of St. Joseph in Kaduna, where he served as the Assistant Cathedral Administrator between July 1983 and June 1984.

He went for further studies at the Jesuits of Rosehill Campus, Fordham University, Bronx-New York, USA, where he obtained a Master of Arts degree in Pastoral Care/Counselling and Parish Ministration and Leadership.

He was to return to the University of Fordham to obtain an Advanced Professional Diploma between July 1989 and Dec. 1990.

He held many priestly positions in Zonkwa and Kaduna before his elevation as the Catholic Bishop of Zaria in 2007.