BERLIN – German authorities on Friday returned to Nigeria the first two of more than 1,100 priceless sculptures known as the Benin Bronzes that were looted by Europeans in the 19th century.

British soldiers looted some 5,000 of my the artifacts – intricate sculptures and plaques dating back to the 13th century onwards – when they invaded the Kingdom of Benin, in what is now southwestern Nigeria, in 1897.

The spoils made it into museums around Europe and the United States.

“This is a story of European colonialism. We should not forget that Germany played an active role in this chapter of history,” said German Foreign Minister Annalena Baerbock at a Berlin ceremony marking the transfer.

The first two bronzes, one depicting the head of a king, the other showing a king and his four attendants, will be taken back personally by Nigerian Foreign Minister Zubairu Dada and Culture Minister Lai Mohammed, who were present at the ceremony.

Gallery: Most Influential Black Authors of the 20th Century (24/7 Tempo) 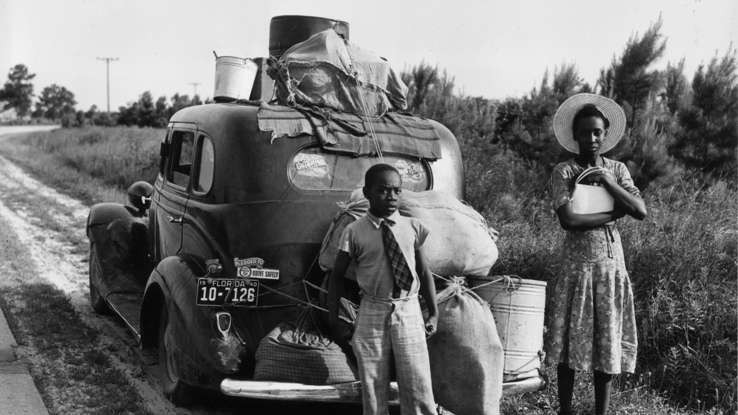 1 of 26 Photos in Gallery©MPI / Getty Images

During the first wave of the Great Migration (1916-1940), in which millions of African Americans left the rural South and relocated to urban areas, mainly in the Northeast and Midwest, cultural revivals such as the Harlem Renaissance (‘20s and ‘30s) and Chicago Black Renaissance (‘30s and ‘40s) saw urban neighborhoods blossom with Black artists and intellectuals.

Many prominent and famous Black authors were crucial figures in those revivals. 24/7 Tempo has compiled the most influential Black authors of the 20th century, using sources including PBS, the Poetry Foundation, and Biography.com to find authors whose work was impactful during the 20th Century. (Writers who were solely journalists were not included.)

From the post-Reconstruction analyses of W.E.B. DuBois, to the cultural phenomenon that is Alice Walker’s The Color Purple (which was not only adapted into a film and a play, but also inspired Oprah Winfrey to start her Book Club), the works of these Black authors have been groundbreaking in their shaping of U.S. culture.

A universal human experience is wanting to be seen as a whole and unique being. These authors were crucial in helping to pave the way for a diversity of Black voices to be heard in the American cultural landscape. They span the spectrum from poets, playwrights, and novelists, to intellectuals whose discourses have shaped the civil rights movement and Black feminist theory. Here are 25 women who shaped the feminist movement.

In a society as diverse as ours, it is important for everyone – not just Black Americans – to read books by Black authors. Exposure to a multitude of cultures can help people build empathy for those unlike them, which in turn can lead us toward a more just and inclusive society. Read about Martin Luther King and 49 other most important civil rights leaders of the 20th century.

Finding a qualified financial advisor doesn’t have to be hard. SmartAsset’s free tool matches you with up to 3 fiduciary financial advisors in your area in 5 minutes. Each advisor has been vetted by SmartAsset and is held to a fiduciary standard to act in your best interests. If you’re ready to be matched with local advisors that can help you achieve your financial goals, get started now.

“I am delighted to be part of this auspicious event which, in my opinion, will go down as one of the most important days in the celebration of African cultural heritage,” said Dada

Germany’s decision to carry out one of the largest ever repatriations of historic artifacts reflects a dawning awareness in Europe of the continuing political relevance of colonial looting and violence in the past.

Chancellor Olaf Scholz has sought to rally emerging countries in opposition to Russia’s invasion of Ukraine, a task complicated by a view, widespread in the Global South, that anger at the invasion is hypocrisy on the part of former imperialists who themselves have episodes of violence and pillage in their past.

Germany will help finance a museum to be built in Benin City to house the repatriated bronzes.