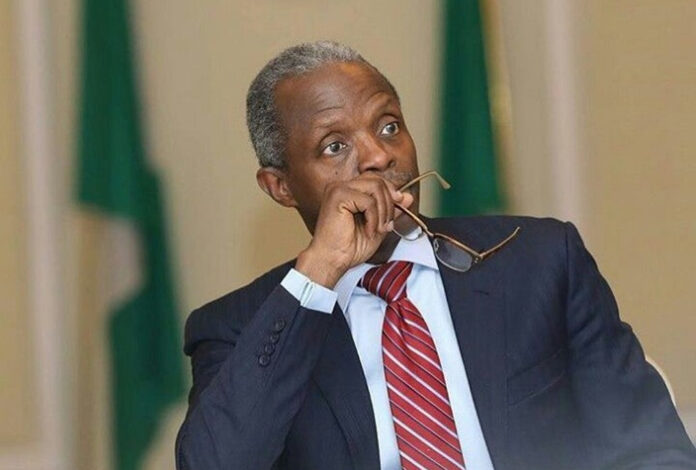 The Vice President, Prof. Yemi Osinbajo (SAN), is under pressure to run in the 2023 presidential election.

This was revealed to The Eagle Online by one of the ardent backers of the President Yemi Osinbajo Movement.

According to the source on Thursday, presidential candidates of other political parties other than his, All Progressives Congress, have offered him their tickets for the 2023 elections.

Recall that the deadline for the nomination of candidates for 2023 national elections was declared closed on June 17, 2022 by the Independent National Electoral Commission.

However, there is room for change of candidates if the holder of the ticket withdraws voluntarily from the race in writing to the INEC and the party involved announces its intention to replace.

Also recall that Osinbajo lost the APC presidential ticket to the party’s National Leader and former Governor of Lagos State, Asiwaju Bola Ahmed Tinubu, in the primaries on June 8, 2022.

Osinbajo was third in the primaries at the Eagle Square in Abuja, where a former Minister of Transportation, Rotimi Amaechi, came second.

But the source, who spoke with The Eagle Online on Thursday, said that Osinbajo is still under pressure to run.

The source said: “PYO is still under pressure to run for President. #itsnotoveruntilitsover.”

The Lawyer added: Gaskiya (truthfully), many parties and their presidential candidates are offering their slots.”

This invariably means dumping the APC for the party.

The source, however, refused to disclose the identities of the parties offering their tickets to the former Lagos State Attorney General and Commissioner for Justice.

But another source, who was a part of the initial bid, said Osinbajo would not fall for the antics of those who intend “goading” him into the race again after he failed in the APC primaries.

The source said: “PYO is a loyal party member and will support the party’s choice.

“They pushed him to go ahead (with the initial bid) and still want him to contest.

“PYO won’t listen to them this time around.”