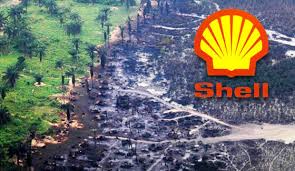 Port Harcourt — The Shell Petroleum Development Company of Nigeria Limited has challenged the jurisdiction of the Federal High Court to hear a N700billion oil spill compensation suit, filed against the company by members of Aghoro I community, in Bayelsa State.

Recall that the people of Aghoro I, in Ekeremor Local Government Area of the state, had dragged SPDC to Court, over the May 17, 2018, oil spills from the company’s Trans Ramos Pipeline.

When the suit came up for hearing, at the Federal High Court in Yenagoa, Counsel to SPDC, Mr. Michael Amadi, told the court that the oil firm was challenging the jurisdiction to hear the case and appeal at the Court of Appeal.

Amadi urged the Federal High Court to hands off the case, pending the determination of the interlocutory appeal as demanded by the hierarchy of courts, since the Court of Appeal was already adjudicating the SPDC’s appeal.

The judge, Justice Isa Dashen, adjourned until Oct 19th 2022, to enable him go through the processes filed before the court, adding that he would await the decision of the appellate court as the rules demand.

Dashen said although the records as claimed by the defendant’s counsel was before the court, he was yet to go through them to be abreast of developments on the case.

He said that he was entitled to go through the court processes and records of the Court of Appeal, before staying proceedings on the matter.

They are seeking redress for the damages caused by the oil spills and are claiming that the N33.49 million offered by SPDC was a far cry from the N700 billion claim based on impacted area damage assessment.

Listed as defendants in the suit are, Shell Petroleum Development Company of Nigeria Limited, Shell International Exploration and Production BV, Attorney-General and Minister of Justice, and the Nigerian National Petroleum Corporation.