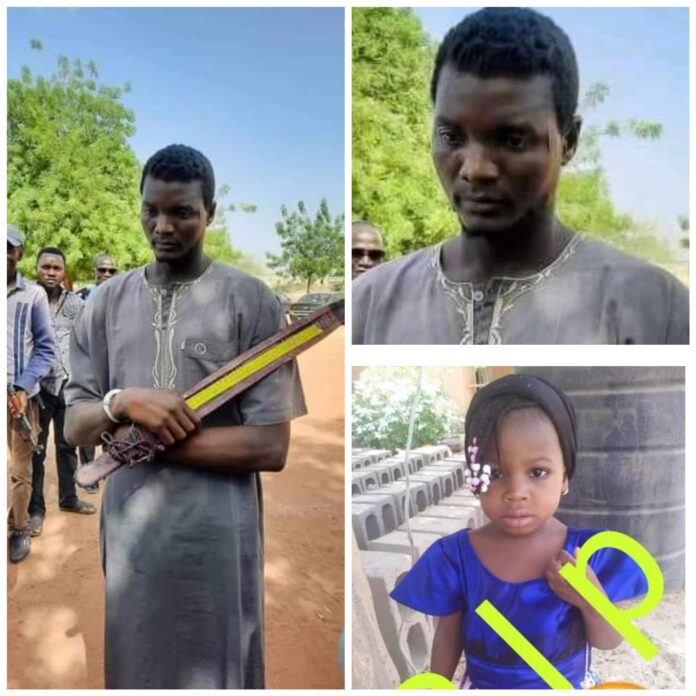 Birnin Kebbi, June 15, 2022 An indigene of Niger Republic, Idris Suleiman, has been arraigned before a Kebbi State High Court for allegedly killing a married woman and her four-year-old daughter at Labana area of Birnin Kebbi.

Suleiman is facing a two-count charge of culpable homicide, punishable with death under Section 191(a) of Kebbi State Penal Code Law, 2021.

Naija247news reports that the defendant allegedly macheted the woman to death and hit the little girl’s head on the mother’s room tiles, which led to her death.

Arraigning the defendant before the Chief Judge of Kebbi State, Justice Suleiman Ambursa, on Wednesday, the Director Public Prosecution (DPP), Mrs A’isha Abbas, alongside Zainab Jabbo and Aminu Diri, told the court that the defendant committed the offence on April 19.

To prove the case, the DPP called six witnesses, including three civilians and three police officers who tendered their testimonies.

After taking testimonies of the witnesses, the prosecution counsels closed their case.

The defence counsels called one witness (the defendant) to prove their defence and closed their case immediately.

Both the prosecution and defence counsels sought the leave of the court to adjoin the matter till June 30.

The chief judge, thereafter, adjourned the case till June 30 for final adoption of written addresses of both counsels.