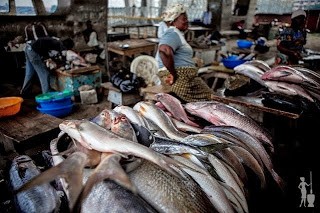 Abuja, June 16, 2022 The
Catfish and Allied Fish Farmers Association of Nigeria (CAFFAN), Abuja chapter has urged the Federal Government to assist in boosting Aquaculture in the country.

The National Liaison Officer of the chapter, Mr Adamu Gambo in an interview with newsmen made the appeal in Abuja on Tuesday.

Gambo urged the Federal Government to assist fish farmers in the country by subsidising fish feed saying that the high cost of feed had affected the price of fish in the market.

According to Gambo, fish feed consumes between 70 and 80 per cent of the financial investment in fish thereby making it more expensive to rear fishes.

He said fish, which was the commonest source of protein for the masses, was no longer easy to come by due to high cost of feed.

The CAFFAN chief said that soya beans, maize and groundnut cake meals were the three main ingredients making up the feed, but were also very expensive.

“If the cost of production does not drop, there is no way the price of fish can drop,” Gambo said.

He commended the government for its efforts in safeguarding healthy consumption of fishes in the country through agencies such as SON and NAFDAC.

Gambo said that chemicals such as Formalin and Potassium Permanganate had been banned to ensure the circulation of toxic – free fishes in the country.

He advised Nigerians to consume more of tilapia fish saying that tilapia was a good specie of fish, because it was called white fish.

Gambo said that the association would continue to sensitise people including those from the grassroots on the health benefits of fish.