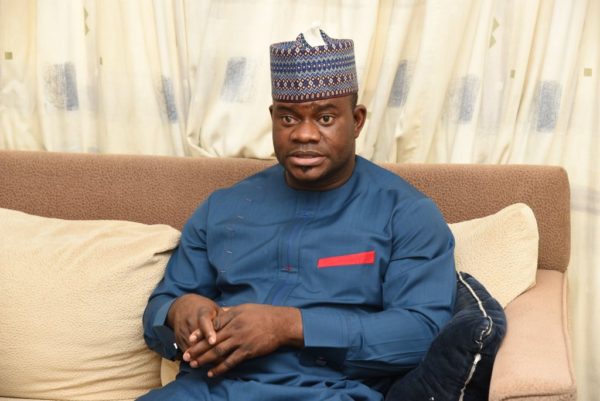 Kogi State Governor, Yahaya Bello on Tuesday warned the northern governors and the All Progressives Congress (APC) National Working Committee that excluding him from the presidential primary will plunge the party into crisis.

He issued the warning while briefing State House correspondents in the Villa, saying that the northern governors did not consult him when a resolution was reached for power to be rotated to the southern region.

According to the Kogi governor, the only thing that could make him not contest the presidential primary is only if President Muhammadu Buhari tells him to step down.

Bello said that the APC will retain power at the centre if only it plays by the rules.

“Nobody consulted me over the decision that they (northern governors) took. I will rather say that they were re-rolled by certain interests who want to be VP at all costs.

“Today is the special national convention of our party where a presidential candidate of the All Progressives Congress (APC) will emerge. Leading up to today, there has been various controversies and issues before you.

“Certain videos went viral that I got angry and left a particular meeting. This is a period where a lot of lies, and misconceptions will fill the air. Then we have our father, the leader of our party, who should always know the reality or the truth and I came to brief him on exactly what happened. That is what happened.

“I remain the leading candidate into this general election and I decided the leave the meeting where such concoctions were ongoing, that’s exactly what happened. I wouldn’t mention a name because I am honourable enough.

“The office I occupy today is an office that should be dignified and I have respect for elders even if some elders don’t respect themselves, so I wouldn’t mention names.”