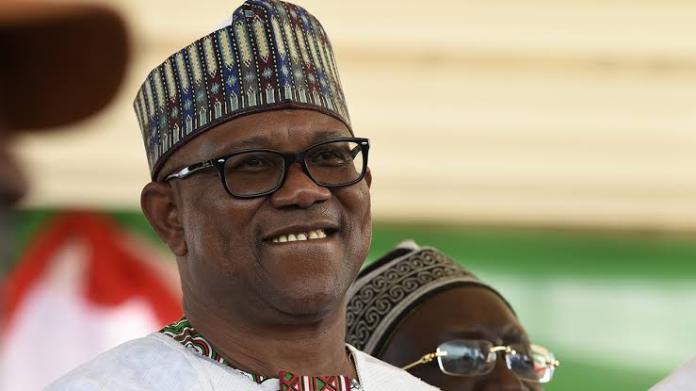 National Chairman of Labour Party, Comrade Julius Abure has assured Nigerians that with the entrance of Peter Obi into the party, the presidential election is as good as won by the party.
The Chairman who said that Labour Party with its 20 million membership across the nation and with the infusion of other leaders of conscience to Labour Grand Coalition to Rescue Nigeria has turned out to be the much expected third force Nigerians have been clamouring for.
In a statement issued Saturday, Barrister Abure said, “The Labour Party, the Official Political Platform of the Working People of Nigeria, wishes to formally and warmly welcome His Excellency Peter Obi and his teeming supporters and members into our Grand Coalition of Progressives and Leaders of Conscience set to rescue and take back Nigeria by 2023.
“The grand entrance of HE Peter Obi and his teeming supporters nationwide into the Labour Party yesterday confirms to the whole world that the 2023 election is as good as won by our credible political alternatives to the ruling APC and PDP,, with the growing backing of Nigerian people, who are already extremely tired of the maladministation of the APC and PDP.
“Therefore, in the light of the crystalizing rainbow coalition in the Labour Party, we wish to invite all well meaning Nigerians, including Women, Youths, Physically Challenged, the Poor and the well to do, among others to immediately join forces with the Labour Party to save Nigeria from the heightening insecurity and collapse of the country sequel to the incompetent rulers of Nigeria.
“The Party wishes to reaffirm our resolved commitment to our Party Manifesto,programmes as further reflected by Labour Charter of Demand and Policy initiated by the Nigeria Labour Congress NLC and Trade Union Congress, TUC, while also pledging our adoption of the Rescue Agenda of the 3rd Force Movement of Nigeria initiated by the National Consultative Front, NCFront led by Prof. Pat Utomi who endorsed our Party of Productivity as the 3rd Force Mega Rescue Platform for the 2023 elections with over 20 million membership of the 3rd Force Movement,”
End.