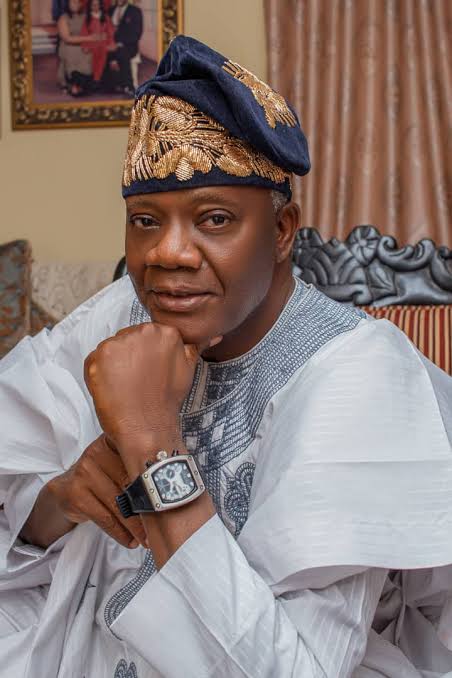 By Opeyemi Aremu-Gbemiro
(Itapa-Ekiti), Ekiti, May 28, 2022 Owa of Itapa Ekiti, Oba David Ajaja, has expressed support for the governorship aspiration the Accord Party candidate, Mr Reuben Famuyibo, in the state.

Naija247news reports that the royal father prayed for Famuyibo with a 715-year-old horsewhip at his palace in Itapa-Ekiti on Saturday.

The governorship candidate had paid a courtesy call on the traditional ruler when his campaign train berthed at Itapa-Ekiti, ahead of the June 18 governorship election.

NAN reports that Oba Ajaja was Famuyibo’s classmate at the Federal School of Arts and Science, Ondo.

He told Famuyibo and his entourage that he seldom used the seven-century-old horsewhip, unless for special occasions such as the visit.

According to the traditional ruler, there are two paraphernalia of office: one male and the other female, adding that the male is used to invoke curses and the other, which he used to pray for Famuyibo, to bless.

He prayed for Famuyibo’s victory at the polls, assuring him that his people would vote en masse for the governorship candidate.

At an interaction with residents of Itapa-Ekiti, Famuyibo assured them of a good life and delivery of dividends of democracy, if voted as governor.

Responding, the people pledged their support for Famuyibo, assuring him of their votes on election day.