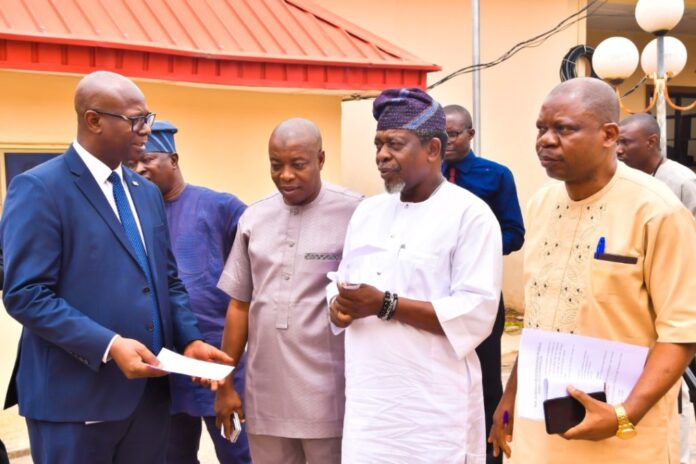 By Segun Giwa
Akure, May 17, 2022 Ondo State government on Tuesday sensitised banks and stakeholders on the gains of getting Certificate of Occupancy (C of O) on property in the state.

The State Commissioner for Finance, Mr Wale Akinterinwa, at the sensitisation programme in Akure, said the idea of Home Ownership Charter of Ondo State (HOCOS) was to unleash some economic benefits on the state.

Akinterinwa said that if the partnership worked properly, it would also provide opportunities for people to access loans and improve their lives.

“People have assests they want to grow, but they don’t know how to go about it but today, people can have access to C of O within a record time.

“It is not for the state government to make money, but to let the people prosper, and to improve the economic well being of the people of the state, by helping them to use what they have to improve on what they are doing.

“That is why we have asked for your hands in partnership, to carry you along and let you see how things works and how we can all benefit from it. Let us work together to improve the lives of our people,” he said.

Also, Commissioner for Lands and Infrastructure, Engr. Raimi Aminu, stated that HOCOS was to ease the suffering of the people of the state.

Aminu added that in the past, the process of having a C of O in the state took years, but since the inception of the administration of Gov. Oluwarotimi Akeredolu, it had improved.

Aminu said that C of O was now automated, while it takes 40 days for the processing and delivery, and banks could verify the genuinity of the documents from the comfort of their office.

Similarly, Mr Alex Alake, Permanent Secretary, Ministry of Lands and Infrastructure, said the essence of the gathering was to further enlighten the populace on what the goverment had put in place to make life easy for the citizens.

“To let the people know that obtaining consent to mortgage is as fast as possible.

According to Alake, the deed of legal mortgage is a document that contains an agreement by which a financial institution lends money at interest in exchange for taking title of the debtor’s property with condition that the registered document becomes void upon the payment of debt and pledges.

Adegbie said that the service handled the contact center, all emails, tracking, tracing of applications, supply forms, and issued receipts after the payment was made to the government’s account.