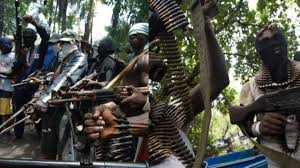 Lokoja, May 15, 2022 Suspected kidnappers, who took a middle age widow and mother of four children in Kogi, on Saturday demandef for N10 million ransom from her family.

The widow, Mrs Sefi Jimoh, was allegedly kidnapped on the road while waiting for a commercial motorcycle, popularly called “Okada” to go home after a morning prayer session at Mountain of Fire and Miracles Church at Phase II in Lokoja metropolis.

Jimoh, who is an Environmental Officer with the Kogi State Governnent, is the bread winner of the family, having lost her husband some years back.

A family source, who spoke to Newsmen on Sunday in Lokoja, said “only this morning our sisters’ abductors got to us on phone demanding for N10 million ransom for her freedom.”

“The kidnappers first called her (widow) children and informed them that their mother is with them and that she will only be released after a payment of a N10m ransom.

“We were so shocked but relieved after knowing that she is still alive after her disappearance yesterday that sent jitters into the entire family members, friends and neighbours around.

“The question now is, where and how do we, in our financial position now, raise such money to secure our sister and mother?”

The source pleaded with the kidnappers to show the widow and the poor family mercy and release her “because getting even one million is like trying to squeeze water from a rock”.

Contacted, the Kogi Police Command’s Public Relations Officer (PPRO), SP William Ovye-Aya, said he could not confirm nor deny it because he was yet to be briefed by the Divisional Police Officer (DPO) of “B” Division, where the incident happened.