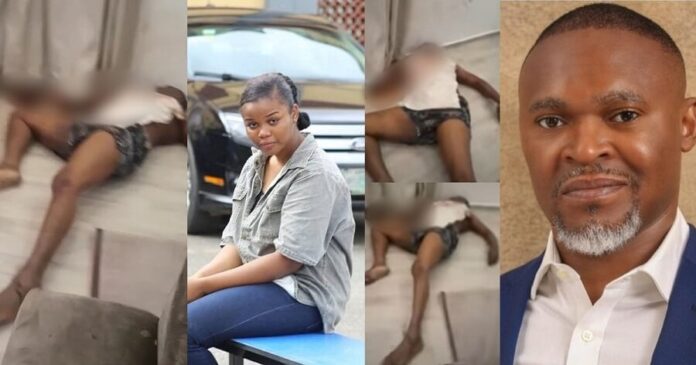 Lagos, May 16, 2022 A Lagos High Court in Tafawa Balewa Square, on Monday adjourned till May 23, trial of an undergraduate, Chidinma Ojukwu, charged with murdering Mr Usifo Ataga, Chief Executive Officer of Super TV.

Ojukwu is standing trial for alleged murder, stealing and forgery alongside her sister, Chioma Egbuchu and one Adedapo Quadri.

Naija247news recaĺls that at the last proceeding on May 12, the trial could not go on, due to change of counsel by the third defendant (Egbuchu).

The new counsel, Mr Ngozi Akandu, had asked that more eligible documents be served on him as well as more time to enable him to get acquainted with the proof of evidence.

However, when the matter was called up on Monday, Akandu filed another application, praying the court to vacate the trial dates already fixed.

The new counsel told the court that he had yet to receive the proof of evidence from the prosecution counsel and the Office of the Public Defender (former counsel for his client).

“I have no facilities to render services to the third defendant. I therefore apply that today’s date and other dates already fixed be vacated.

“This is because I have seen the volume of documents from other counsel; it is not something someone can read in a day,” he argued.

Counsel for the first defendant, Mr Onwuka Egwu, did not object to the application, noting that the proof of evidence was about 400 pages.

Counsel for the second, Mr Babatunde Busari, however said: “I will concede to the adjournment for today; I will object that other dates be vacated because it took a lot of bending backwards to choose the dates.”

In her response, the Prosecution counsel and Deputy Director for Public Prosecutions, Lagos State, Mrs Adenike Oluwafemi, said that Akandu did not go to the OPD to collect the documents as scheduled.

She objected to the application by counsel for the third defendant to vacate other dates and informed the court that the prosecution witness was in court.

However, Justice Yetunde Adesanya in a short ruling, vacated only Monday’s date and adjourned until May 23 for continuation of trial.

The ninth prosecution witness, DSP Olusegun Bamidele, is still giving evidence and on May 5 he narrated how the first defendant was arrested.

Bamidele said that the Intelligence and Tactical Unit of the State Criminal Investigating Department (SCID), Yaba, tracked Ojukwu down at No. 57, Akinwunmi St., Alagomeji, Yaba.

NAN recalls that the three defendants were arraigned on Oct. 12, 2021 on a nine-count charge brought against them by Lagos State Government.

Ojukwu and Quadri are facing the first to eight counts bordering on conspiracy, murder, stabbing, forgery, making of bank statements and stealing.

The third defendant is facing the ninth count – stealing of iPhone 7 belonging to late Ataga.

Ojukwu and Quadri are alleged to have conspired and murdered Ataga on June 15, 2021 by stabbing him several times on the neck and chest with a knife.

The duo was also accused of committing forgery by procuring and making bank account statements purported to have been made by the deceased.