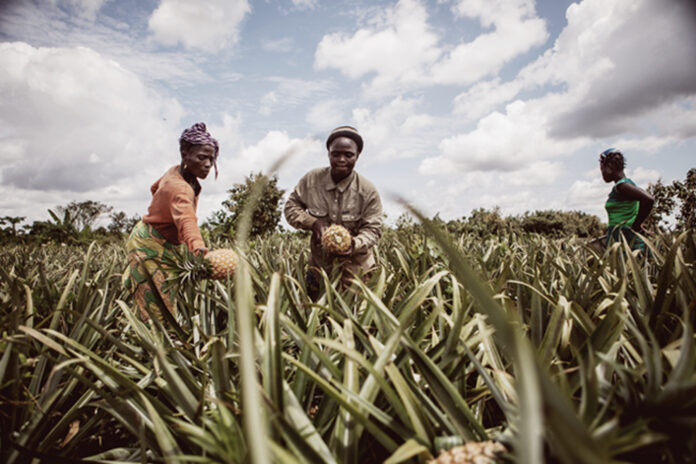 By Okeoghene Akubuike
Abuja, May 16, 2022 (NAN) An economist, Tope Fasua has urged the Federal Government to put more effort in the agriculture sector to address the global food crisis caused by the Russian Ukrainian war.

Fasua said this in an interview with the News Agency of Nigeria (NAN) in Abuja on Monday.

NAN recalls that the International Monetary Fund (IMF), said the Sub-Saharan African Region needs a careful policy response to address the challenges of the new economic shock caused by the war in Ukraine.

He, however, said that the African continent had been faced with an economic crisis long before the global crisis caused by COVID-19 and the war in Ukraine.

Fasua said that before COVID- 19, we were not doing wonderfully well, particularly in Nigeria.

The economist explained that some countries in Africa were growing at a seven or eight per cent rate, adding that the entire growth trajectory of African nations was in question.

“The shock is not that new, it may be a little more enhanced than it used to be but it is not particularly a new shock.

“Now, they are talking about Russia and Ukraine and how African countries depend on these two countries for food, grains in this instance, wheat for bread.

“In a country like Nigeria, a bit of wheat is grown here but if you look at the terrain, the typography from North to South, perhaps we can grow anything in this country.

Fasua, a 2019 Nigeria Presidential candidate, said that Nigeria had used perhaps 30 per cent or less of its arable land, so the question was what was being done with the rest.

“Nigeria is a largely agricultural country, yet 62 years after independence we cannot t do better than grow rice.

“We are also not growing the crops properly and we are not even growing enough numbers of crops, diversify across the board, not even the ones we need. ‘’

“So, one place to start is to do more in agriculture and bring some science into agriculture, and recognise our luck, capability, capacity that we have inbuilt and go for it.

“We should also add value and stop exporting just raw things that are not giving us enough dollars for the kind of things we need for the rest of the world.’’

Fasua stressed the need for Africa to be in charge of its own growth and development narrative, adding that the teaching of economics must change as it pertained to Africa.

According to him, we do not have to tow the lines of people who perhaps do not care, why do we not care for ourselves by ourselves.

He said that African countries should be growing at a double digit rate, especially a country like Nigeria.

Fasua said this was because robust growth rates and inflation at high levels were witnessed in the population of African countries.