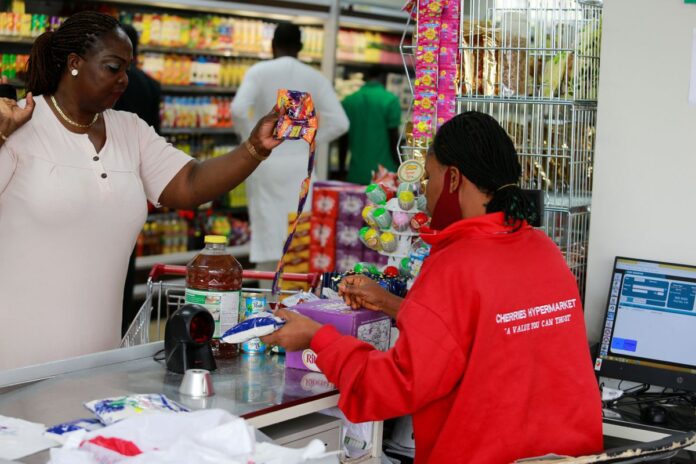 ABUJA, May 16 – Nigeria’s double-digit inflation climbed in April to 16.82%, rising for a third straight month as prices for food and non-food items rose in Africa’s biggest economy, the statistics office said on Monday.

The price of diesel, which is used to power generators by most businesses in Nigeria, has more than doubled in the past month while economic analysts say the impact of the Ukraine war on local prices could be felt in the coming weeks.

Increases were recorded in all COICOP divisions that yielded the Headline index.

This rise in the food index was caused by increases in the prices of Bread and cereals, Food products n.e.c, Potatoes, yam, and other tubers, Wine, Fish, Meat, and Oils On a month-on-month basis, the food sub-index increased to 2.00 percent in April 2022, up by 0.01 percent points from 1.99 percent recorded in March 2022.

The ‘’All items less farm produce’’ or Core inflation, which excludes the prices of volatile agricultural produce stood at 14.18 percent in April 2022, up by 1.44 percent when compared with 12.74 percent recorded in April 2021.

The highest increases were recorded in prices of Gas, Liquide fuel, Cleaning, repair and hire of clothing, Clothing materials, other articles of clothing, and clothing accessories.

The average 12-month annual rate of change of the index was 13.68 percent for the twelvemonth period ending April 2022; this is 0.12 percent points higher than the 13.56 percent recorded in March 2022

In analysing price movements under this section, note that CPI is weighted by consumption expenditure patterns which differ across states and locations. Accordingly, the weight assigned to a particular food or non-food item may differ from state to state making interstate comparisons of consumption basket inadvisable and potentially misleading.

Nigeria imports many key goods and services. A dollar shortage has put pressure on prices as the government introduced restrictions to support the currency.

Nigerian authorities have said persistent inflationary pressures are structural – linked to deficits and not solely to the money supply – and largely imported.