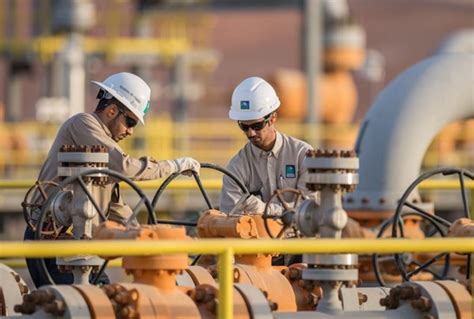 LONDON (Financial Times) — Saudi Aramco has overtaken Apple as the world’s most valuable company after higher oil prices pushed shares of the world’s biggest crude exporter to record levels, while a broader tech stock sell-off weighs on the iPhone maker.

Saudi Aramco records 82% jump in profit for the first quarter to $39.5 billion.

Saudi Aramco has posted an 82% jump in quarterly profit following a surge in oil prices.

The state-owned energy company reported a $39.5 billion profit for the first three months of the year, up from $21.7 billion for the same period last year.

The huge increase was driven by higher crude oil and gas prices along with a production increase, Aramco said on Sunday.

It is the first time that Saudi Aramco has regained the top spot since 2020 and follows a broader sell-off in technology stocks since the start of the year.

Apple became the first company to hit a $3 trillion market cap in early January, although its shares have suffered in recent months as investors reassess lofty valuations in the tech sector in light of a reversal in monetary policy and worries that inflation will weaken consumers’ spending habits.

It has held up better than some big tech companies, having fallen back 19% since its January high. Apple shares were down 4.6% at $147.35 on Wednesday afternoon in New York, taking their year-to-date drop to 17.1% and putting the share price at its lowest since November.

While Apple recently recorded its third-best quarter for revenues ever, chief executive Tim Cook said supply shortages and lockdowns in China were expected to cost the company as much as $8 billion this quarter.

Some analysts question the merit of comparing the companies, given that Apple is a public company founded in a garage in California in 1976, while Saudi Aramco is a state-backed giant with only a small amount of freely floated shares.

Saudi Aramco raised a record $25.6 billion in 2019 when the state — which still owns 94% of the company — listed 1.5% of its shares in what was then the world’s largest ever initial public offering. In February the government transferred an additional 4% of its shares to Saudi Arabia’s sovereign wealth fund.

Oil prices, which surged to a 14-year high of $139 a barrel in March following Russia’s invasion of Ukraine, have helped some of the world’s biggest oil and gas companies deliver record profits in the first three months of the year.

Saudi Aramco is also expected to announce bumper profits when it reports first-quarter earnings on Sunday. The company’s net income more than doubled in 2021 to $110 billion as resurgent economic activity following the easing of global coronavirus restrictions revived demand for hydrocarbons.