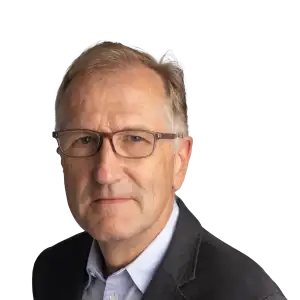 By John Gapper
Anyone who has entered a supermarket recently knows that groceries are more expensive. The prices of many items, from cat food to coffee, are rising and they are harder to transport around the world swiftly in an era of high inflation and snarled supply chains.

There was a subtler consumer warning this week as investors ran scared of technology companies and shares kept on falling. “In times of uncertainty, investors look for safety . . . Channelling Jerry Maguire, we need to show them the money,” Dara Khosrowshahi, Uber’s chief executive, told staff.

Shoppers have enjoyed a spectacular bounty for more than a decade — not only in the price and availability of everyday goods and services, but in an explosion of consumer technology and innovation. That experience is in doubt now: if the golden age of the consumer is not yet dead, it looks quite poorly.

A combination of high inflation and rising interest rates, which are puncturing many high-risk investments, from cryptocurrency to venture capital, are already having an effect. But the impact of the latter has yet to work its way through, and will create more pain.

Inflation and the crisis of affordability has pushed many shoppers back to basics. With energy bills rising sharply, the question is not which new brand of coconut milk yoghurt or craft beer they will try out, but how to feed their families or heat their homes.

More are now shopping at discounters, from Walmart to Aldi and Lidl. They also favour the ordinary and familiar over the experimental. Shares in Beyond Meat, a pioneer of plant-based burgers and sausages, tumbled below its 2019 flotation price this week, while those in stalwarts such as Kraft Heinz and Campbell Soup have risen in the past month.

Even Danone, the food and drink multinational that has expanded in healthier ranges, is adjusting. Antoine de Saint-Affrique, its chief executive, told me this week that it would re-emphasise its essential products, such as the yoghurt from which it got its name. “We will go back to fundamentals, rather than what was fashionable at one time or another.”

This implies that the extraordinary proliferation of groceries and other goods — with greater space in shops and supermarkets occupied by innovative products and smaller brands — faces a reckoning. As more shoppers retrench, start-ups will find it harder to push or pay their way on to shelves.

But there is a separate threat to the ecosystem of new products that has grown around us — not only groceries but grocery delivery, online fitness apps, maps and entertainment. Much has been backed speculatively by investors who have prioritised growth over immediate cash flows, confident that dividends would emerge in time.

That is the philosophy behind the exchange traded funds run by Cathie Wood at Ark Invest. She trusts in the displacement of incumbents by innovation, and “a constellation of connected devices that will inform us, entertain us, relate us, protect us, and mediate our perceptions of the world,” as Ark’s Big Ideas 2022 report put it.

It felt like a plausible bet until recently, and it could still come to pass one day, but Ark’s funds have meanwhile fallen heavily in value amid the tumult. More investors want cash now rather than enticing visions of the future, as Khosrowshahi told Uber’s employees: “Market size is irrelevant if it doesn’t translate into profit.”

Uber is still burning cash, along with Rivian, the electric pick-up truck company that has dropped to less than a quarter of its market value at its initial public offering last November. In contrast, Ford, which has just launched its own F-150 Lightning electric truck, has been around since 1903 and has billions in free cash flow.

Uber is mature enough to adjust and survive, and Airbnb is producing cash. But the rupture will make life harder for start-ups with bright ideas that would take time to flourish. Tiger Global, a hedge fund that eagerly pumped money into early-stage companies, has lost $17bn in value and valuations of venture capital portfolios are down.

A small example of what is at stake is Bounce, a US start-up that offers travellers short-term storage for luggage at shops and offices through a phone app. It is a modestly useful consumer innovation, and in April raised $12mn in a funding round led by Andreessen Horowitz, the Silicon Valley venture capital group.

Bounce will not change the world in itself, but consumers have gained from thousands of such tiny inventions, backed by eager investors, over the past decade or more. They have made travel, shopping and entertainment easier and more convenient, at a price that was invisibly subsidised by cheap capital.

It is hard to appreciate things in the moment, and the wealth of innovation that has been targeted at some consumers was not always available to all. But empty shelves have appeared in supermarkets, and we may one day pick up our phones and notice that the app store looks thinner. When that happens, remember the boundless choice we once had.