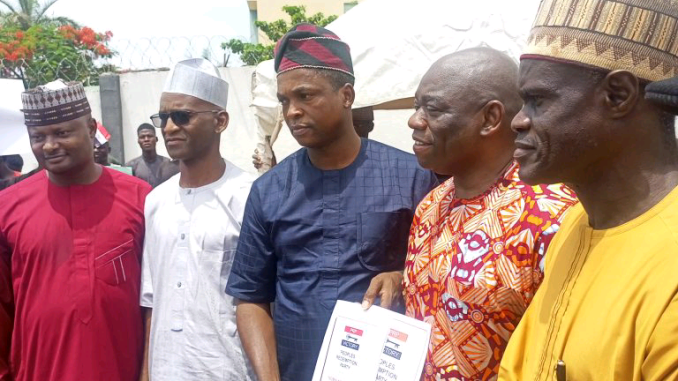 He received the forms from the National Secretary of the Party, Mr Babatunde Alli, at the PRP’s headquarters in Abuja on Thursday.

Naija247news reports that three aspirants have so far purchased the forms for the presidential ticket of the party.

Abiola, who kicked against consensus candidacy as contained in the Electoral Act 2022, said that other aspirants of the party who had so far purchased their forms were also opposed to the method.

He said: “We have two other candidates. We believe in internal party democracy, we are not doing consensus. It is a transparent party, the more candidates we have the better.

“Whoever wins, we will all come together and work for the party and not somebody calling for consensus where someone will step down for another.

“Let’s go and have a competitive environment, it will be transparent and we will uphold internal democracy and be able to have proper democracy.”

Earlier, the party’s national secretary, Alli, said the party had strategised to ensure a rancour-free primary by allowing delegates to vote for the presidential candidates of their choice at the state levels.

Meanwhile, the PRP has extended sale and return of nomination forms till May 18.