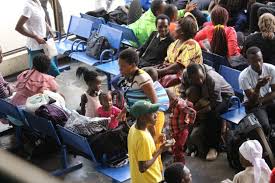 Jos, May, 11, 2022 The Plateau Command of the National Agency for the Prohibition of Trafficking in Persons (NAPTIP) says Bassa and Riyom local government areas are endemic ports for human trafficking in Plateau.

The State Commander, Mr Juventus Yitnoe, announced this in an interview with newsmen on Wednesday in Jos.

He said that NAPTIP recorded noticeable cases of human trafficking in the two local governments.;

He pointed out that most of the persons trafficked were mostly minors who were taken out of the state for house boys and girls.

He notef that Ta-hoss community in Riyom is particularly an endemic area for human trafficking minors.

Yitnoe however attributed the volatility of Bassa as a factor responsible for its susceptible to human trafficking.

“In Bassa, due to attacks, we have internally displaced people who are vulnerable and are at the mercy of the human traffickers who exploit them under the guise of giving their wards a better life,” he said.

He also said that the command had received more than 48 cases of human trafficking since NAPTIP came to Pick.

He said that some of the cases reported were not under the purveyor of NAPTIP and some the cases were not actionable.

Accorxing to him, the command is currently handling 18 actionable cases which are in various stages of investigation and prosecution.