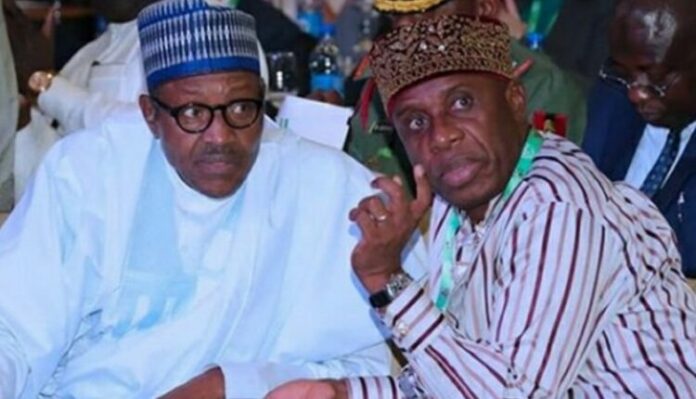 Abuja, May 12, 2022 The Niger Delta Youth Council (NDYC) has commended President Muhammadu Buhari, for ordering all members of his cabinet and appointees vying for electoral offices to resign on or before May 16.

The NDYC National Coordinator, Mr Jator Abido, in a statement on Wednesday in Abuja, said that the president acted in line with the amended Electoral Act.

Naija247news reports that the order came at Wednesday’s Federal Executive Council meeting, presided over by the President in Abuja.

The president said this while praising the Minister of State for Education, Mr Emeka Nwajiuba, for braving the odds and handing in his resignation after purchasing the presidential election form.

Abido said the group was satisfied with the president’s order, noting that it has helped to distinguish him as a man of honour who does not associate himself with lawlessness.

“Section 84(12) of the Electoral Act provides that, “No political appointee at any level shall be a voting delegate or be voted for at the convention or congress of any political party for the purpose of the nomination of candidates for any election.”

According to him, this singular act by the president has brought about trust in his leadership and the anti-corruption fight.

He called on Buhari and the Economic and Financial Crimes Commission (EFCC) to begin to investigate and audit the accounts of the Niger Delta Development Commission (NDDC) and its supervising Ministry of Niger Delta affairs.

He said the audit would help in ensuring that money meant for the development of the Niger Delta region was used judiciously.

“This money must not be used by corrupt politicians in sponsoring their campaigns and luxurious lifestyle at the expense of the poor and vulnerable people of the Niger Delta,’’ Abido said.

He said that the council was willingness to partner with aspirants from the Niger Delta region and Nigeria at large who have concrete solutions to the country’s problems, especially the challenges facing the region.

“As the 2023 general elections draw near, we wish to state categorically that our doors are open to partner and work with candidates who have the interest of Nigeria at heart.

“With more than 40 per cent of voters in the Niger Delta, we believe that our partnership will surely be rewarding”, the coordinator said.

Meanwhile, the Minister of State, Mines and Steel, Mr Uche Ogar, is running for the governorship position in Abia.

The Minister of Women Affairs, Pauline Tallen, also declared her ambition to contest the senatorial seat in Plateau.