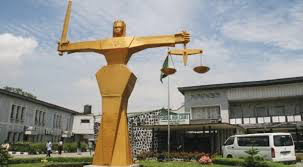 Lagos, May 11, 2022 A 24-year old man, Moruf Komolafe, was on Wednesday docked at a Surulere Chief Magistrates’ Court in Lagos for allegedly breaking into a shop with the intention to steal.

The accused person, of No 32, Moshalashi St. Orile Iganmu Surulere, Lagos, is being tried over a two-court charge of burglary and attempt to steal.

The Prosecutor, Insp. Courage Ekhueorohan, told the court that the defendant committed the offences on May 9, at No 87 Sari Iganmu Road, Orile, Surulere, Lagos.

Ekhueorohan alleged that the accused burgled the shop of one Ibrahim Aruna and was caught in the act, while attempting to steal.

He told the court that komolafe had a hammer in his possession at the scene of the incident.

The prosecutor said that the offences contravened Sections 308 and 312 (1) of the Criminal Law of Lagos State, 2015.

Komolafe, however, pleaded not guilty to the charges.

The Magistrate, Mrs M.I. Dan-Oni, granted Komolafe bail in the sum of N50,000, with one surety.

She ordered that the surety must be gainfully employed and show evidence of tax payment to the Lagos State Government.

The case was adjourned until May 27, for further hearing.