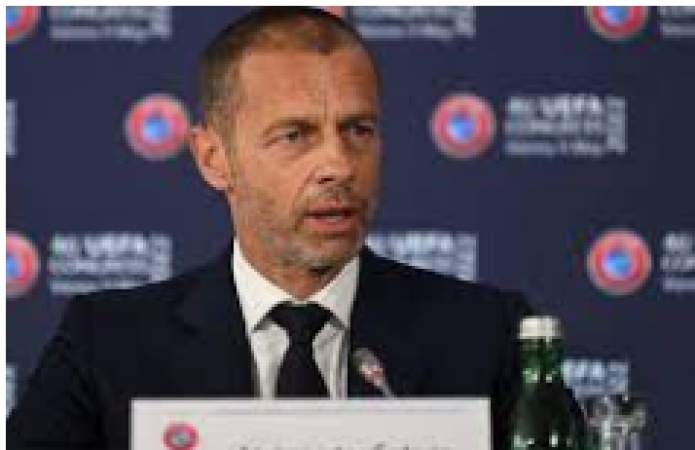 Vienna, UEFA President Aleksander Ceferin says “unprecedented sanctions” against Russia after its invasion of Ukraine were a necessity.

Ceferin told Wednesday’s UEFA Congress in Vienna that this was because “the tradition of sporting neutrality is no longer tenable in 2022 in the situation of war.”

He said however that football was one of the losers owing to the wide-ranging sanctions imposed on Russia and Belarus.

Ceferin said the continental body nonetheless had no choice but to “leave its comfort zone” and act.

“Football is undoubtedly the loser, one of the losers, since we are depriving players, coaches and supporters, who have nothing to do with the current situation, of their passion and their dreams,” he said.

“But when UEFA issues unprecedented sanctions, football is trying to make its own tiny contribution to society and Europe’s leaders as they strive for peace on our continent,” he added.

“Promoting football in Europe in a spirit of peace, that is also a staturoy objective of UEFA.

“It may be seen as a dangerous precedent, but in this case the cause is greater than anything else.

“The cause is greater than the careers of a few hundred footballers and the tradition of sporting neutrality that is no longer tenable in 2022 in the situation of war,” he said.

Ceferin expressed hope that the situation would soon change.

UEFA has banned Russian and Belarusian clubs and national teams from all of its events and stripped St Petersburg of hosting this year’s Champions League final.

But it has not suspended the Russian federation RFU which was present in Vienna, led by general secretary Alexander Alayev, while the Ukrainian delegation joined the congress via video link.

However, Ceferin told reporters after the congress that he “wouldn’t rule out anything” when asked about a possible RFU suspension in the future.

”It is too early to speak about it”.

He however said he was hoping the war ends as soon as possible.